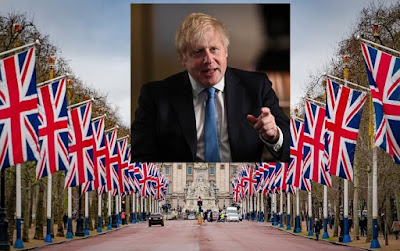 The United Kingdom will finally have its Brexit at 11 pm on Friday, with Prime Minister Boris Johnson expected to deliver an emotional divorce address in a broadcast.

According to snippets of the broadcast published by Mail Online, Johnson will insist that Brexit marks ‘not an end but a beginning”, as it begins a transition period that will last another year.

During this time the UK will remain subject to EU laws and free movement of people will continue.

As part of the rites of divorce from EU, Johnson will convene a symbolic Cabinet meeting Friday afternoon in Sunderland, the first city to declare for Brexit when the 2016 referendum results came out.

Union flags will fly in the Mall and Parliament Square and a light show will be displayed on the front of No10. A Downing Street spokesman said the Prime Minister would ‘celebrate Brexit’ with a small party for staff.

Leading Eurosceptic Steve Baker called for Brexiteers to avoid triumphalism, saying: ‘I will celebrate in a way which is respectful of the genuine sorrow that others are feeling at the same time.’

Fellow Brexiteer Peter Bone called for the introduction of a bank holiday named United Kingdom Day so ‘people will have the day off and say thank goodness for that Brexit vote’.