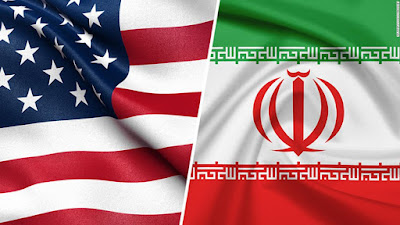 The foreign ministers of Britain, France, Germany, and Italy along with the EU diplomatic chief will hold talks in Brussels Tuesday on the Iran and Libya crises, officials told AFP.

The British foreign ministry said the talks would cover the fallout from the US killing of a top Iranian general as well as Tehran’s latest step back from the 2015 nuclear deal.

The situation in Libya, where strongman Khalifa Haftar’s forces have seized the coastal city of Sirte, is also the agenda.

The emergency meeting comes as the EU scrambles for ways to contain the growing tensions in two major flashpoints on its periphery, as Iran threatens revenge for the death of Qasem Soleimani in a US drone strike in Baghdad on Friday.


British foreign minister Dominic Raab will hold a one-on-one meeting with his French counterpart Jean-Yves Le Drian, who has warned Iran against retaliating over Soleimani’s death, before joining the German and Italian ministers for talks on Libya.

“The foreign secretary is travelling to Brussels today for talks with his European counterparts on the situation in the Middle East following the death of Soleimani and on the escalating conflict in Libya,” the British foreign ministry said.

“The E3 will then meet to discuss the tensions between the US and Iran with all three pushing for de-escalation,” it added, referring to Britain, France, and Germany as the three European signatories of the Iran nuclear deal.

“The talks will also cover the nuclear deal following Iran’s latest announcement on Sunday that it is withdrawing from further commitments in the deal.”

Timings for the meetings have not yet been announced.