TRENDING VIDEO: Pastor slumps and dies while preaching in his church 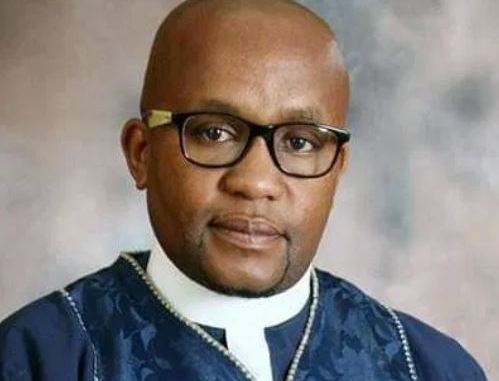 A video of a South African pastor who died in a rather bizarre fashion while preaching in church has gone viral.

According to Daily Sun, a tabloid daily newspaper in South Africa, Bassie Jackals slumped and died while delivering a sermon at the African Methodist Episcopal Church in Kuruman, Northern Cape on January 19.

In the nearly two minutes footage, Jackals can be seen admonishing the congregation with a loud voice during a sermon as they excitedly respond to his teaching.

In an unexpected turn of events, the 42-year-old cleric takes a seat where he slumps and collapses on the floor.


Some members of the congregation can be heard clapping as they assumed it was part of the teaching. They soon realized he was not acting up and subsequently some rushed to his aid.

According to reports, he was rushed to the hospital where he was pronounced dead.

He is survived by a wife and 4 daughters.