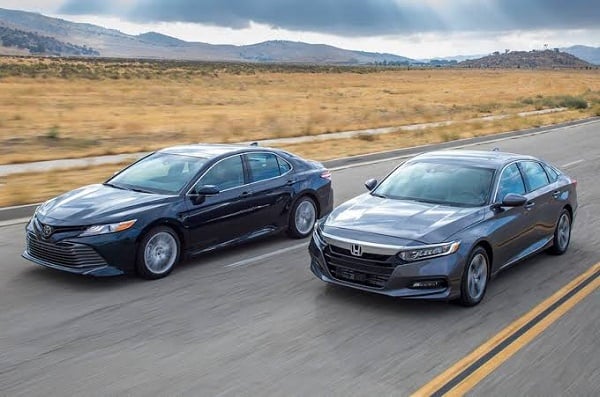 On Tuesday, both automobile giants released official statements detailing the range of vehicles that would be affected by the recall as well as the safety-related issues they hope to address.

Toyota said it would recall about 3.4 million cars, 2.9 million of which are situated in the US over potentially defective equipment meant to protect passengers in event of a crash.

It is believed that the affected models in North, Central, and South America include Corolla, Corolla Matrix, Avalon, and the Avalon HV lines that were produced between 2010 and 2019.

The recall, Toyota said, comes on the back of indications that the vehicles could have been equipped with defective ECUs meant to trigger airbags and pretensioners amid road mishaps.

In a similar development, Honda, in a press statement, said that it would recall 2.7 million cars, 2.4 million of which are in the US while 300,000 are situated in Canada.

According to the firm, some Acuras produced between 1996 and 2003 might have dysfunctional airbag inflators produced without “appropriate seals” needed for proper deployment.

While Toyota plans to notify affected users in the US by March 2020, Honda has called on car owners to sign up for inspections — although it might not be able to help anytime soon.