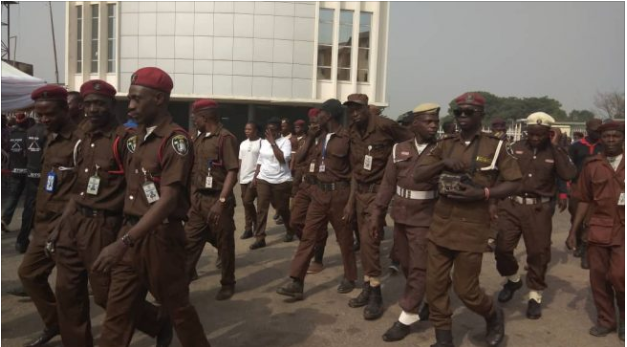 Ishaq Akintola, director of the Muslim Rights Concern (MURIC), has accused governors of the south-west of recruiting only Christians into Amotekun, the regional security outfit.

In a statement on Friday, Akintola alleged that an ongoing recruitment by the security outfit has mandated applicants to submit birth certificates registered only in churches.

The director of the organisation said only one out of the six governors in the region is a Muslim.

He alleged that the five Christian governors are ganging up to turn Amotekun to a “crusader militia”.

“Let us make our stand on Amotekun clear from the beginning. MURIC is not allergic to any state or region taking steps aimed at rubber-cushioning the effect of the security challenges currently facing Nigeria. But the approach must be transparent, assuring and all-embracing,” he said.

“We have no objection to Amotekun. But ‘good intention’ appears lacking in the preparations for it as a security unit that will complement the work of the conventional security agencies. It appears shrouded in secrecy while attempts are being made to marginalize Muslims in the recruitment exercise.

“Or how does one describe the social media advertisement in which applicants are being requested to bring birth certificates from the church. This is most outrageous. Amotekun has not started, but we are already seeing symptoms of Christianisation and Islamophobia.

“Are the job vacancies which Amotekun is certain to open meant for Christians only? Are the South West states declaring their state as Christian states? Are they joining Nyesome Wike of Rivers in a Christian enclave? Is Amotekun a secret Christian army? Only one out of the five governors in the region is a Muslim. Are the Christian governors ganging up to form a crusader militia?

“Why then must applicants bring birth certificates from churches? Are we sure that this will not be followed by a request for applicants to bring referral letters from pastors? Handlers of Amotekun owe us an explanation.”