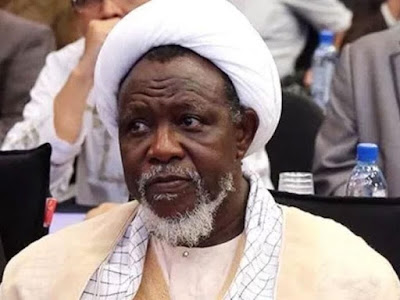 The Islamic Movement of Nigeria (IMN) has reacted to rumors making the rounds that their leader, Sheikh Ibrahim El-Zakzaky is dead.

In a statement on its official Twitter page, the group’s spokesman, Ibrahim Musa, on Wednesday, urged Nigerians to disregard such stories.

The statement reads, “ Contrary to the rumours making the rounds that the illegally detained leader of the Islamic movement in Nigeria, Sheikh Ibraheem Zakzaky had died, we wish to draw the attention of the public that these stories are fake and should be disregarded.”

Calling for his release, the group noted that his health was deteriorating.

“Since he was transferred to Kaduna prison, he has not been granted access to his doctors despite his deteriorating ill-health.

“We, therefore, call on the international community to pile pressure on the Nigerian government to do the needful by allowing his doctors to examine him and eventually release him,” he said.

Recall that the FCT Police Command on Tuesday said members of the El-Zakzaky-led IMN attacked security operatives and civilians in Abuja.

This was contained in a statement by DSP Anjuguri Manzah, Police Public Relations Officer. The Police said that members went berserk on Tuesday and attacked citizens around the Berger roundabout with dangerous weapons.