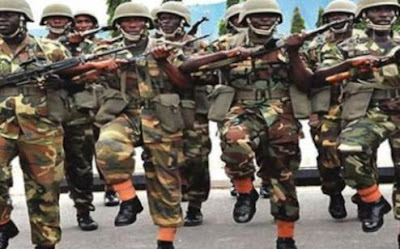 The Chairman, Ekeremor Local Government Council of Bayelsa, Dr Bertola Perekeme, on Monday condemned the killing of four Naval personnel in December 2019, in the area.

Perekeme said no sane person would condone the killing of anyone, let alone military officers on the line of their constitutional duty.

He said that the leadership of the area was worried about the activities of criminals and has always collaborated with security agencies to protect law abiding citizens who were also victims of criminal activities.

He, however, noted that invading communities and burning houses in the guise of searching for criminals is unfashionable in a democratic setting and highly unprofessional.


Sources told the News Agency of Nigeria in Ekeremor that a joint military team arrived Bilabiri community in about 16 gunboats on Friday morning in search of those behind the murder of the four naval men.

Residents reportedly fled the community following the military operation and alleged that houses were burnt down by the military, leaving the coastal settlement deserted.

Reacting to the development, the local government chairman urged the military to exercise restraint and demonstrate professionalism in line with international best practices and their rule of engagement.

He regretted that communities, whose inhabitants live in fear and apprehension following activities of some criminal minded elements, were being invaded and destroyed by the military.

“These communities need help and protection from security agents because they live in fear and are constantly intimidated.

“The military should work closely with other security agencies in intelligence gathering and effect arrest to help our people,” Perekeme said.

He sympathised with the military over the loss of its four officers during exchange of fire with suspected sea pirates along the Ramos River and warned youths of the area to shun criminality.

Meanwhile, the outcome of the Joint Task Force in the Niger Delta with headquarters in Yenagoa on the ongoing operation is being awaited.