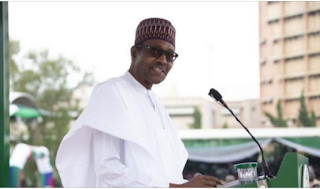 President Muhammadu Buhari has responded to a recent statement by the Christian Association of Nigeria, CAN, over allegations of persecution of Christians under his administration.

CAN had in a statement on Monday raised the alarm over persecutions of Christians in Nigeria under the Buhari administration.

President of CAN, Rev Dr Samson Ayokunle, urged the Buhari government to deploy every necessarily available resource at its disposal to ensure that all Christians in the captivity of Boko Haram and ISWAP terrorists were freed.

He recalled the recent kidnap of Chairman of the Christian Association of Nigeria in Michika, Adamawa State, Rev Lawan Andimi by Boko Haram terrorists last week when they invaded the predominantly Christian community.

Reacting, Buhari in a statement signed by his Spokesman, Garba Shehu, assured CAN and other Nigerians that the security forces were working endlessly to secure the release of hostages in Boko Haram captivity.

The president appealed to Nigerians not to see terrorist attacks and plans as a religious fight or persecution of Christians, adding that “Not seeing terrorists as they should be is exactly what they wish to divide Nigerians.”

The statement read: “The security forces of Nigeria are working continuously to return those taken hostage by Boko Haram to their families, friends and communities. In doing this, the government has full confidence in their ability to accomplish the task.

“On its own part, the government has condemned some of the appalling acts of terror, especially following the festive period.

“Yet, to continue to see these happenings solely in religious terms – removed from social, economic and environmental factors – simplifies complexities that must be heeded.

“Not seeing them as they should be is exactly what the terrorists and groups wish: they want Nigerians to see their beliefs as a reason to turn against one another.

“On the contrary, Christians and Muslims alike are united in their opposition to Boko Haram and the hatred for decency that the infamous group stands for.

“Nigerians must continue to be united in ensuring that they do not subscribe to the terrorists’ message of division. Unfortunately, some leaders and politicians seek to make political capital from our religious differences.

“As we fight Boko Haram on the ground, so too must we tackle their beliefs: stability and unity in face of their hatred is itself a rejection of their worldview.

“This government shall never tolerate religious intolerance. We clearly and unambiguously restate our support for the freedom to practice whichever belief you wish.

“The politicization of religion – as forbidden by the constitution – has no place in Nigeria.”