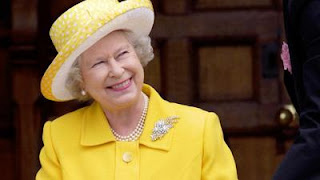 Queen Elizabeth II and senior royals have called on aides to find a “workable solution” to the future of Prince Harry and his wife in the royal family within “days, not weeks”, UK media reported Thursday.

The domestic Press Association and Sky News television both quoted an unnamed Buckingham Palace source, saying that the monarch, and princes Charles and William wanted answers as soon as possible.

The couple said they would now “balance” their time between Britain and North America and rip up long-established relations with the press, in a surprise announcement Wednesday that appeared to blindside Buckingham Palace.

In a short, terse response a little while later, a palace statement said discussions with Harry and Meghan were “at an early stage”.

“We understand their desire to take a different approach, but these are complicated issues that will take time to work through,” the palace said.

Media reports said the couple made their shock statement — released on their own website, Instagram account and through Buckingham Palace’s email communications system — without notifying either Harry’s grandmother, the monarch, or father, the heir to the throne Prince Charles.

London’s Evening Standard newspaper said they had “defied clear instructions from the queen” not to go public about any future plans at this time.

It added senior courtiers had warned the couple “will be punished for this”.

The mood in the palace was understood to be one of disappointment and even “hurt”, according to the BBC, while Thursday’s newspapers were full of reports of a family “split” and the queen’s “dismay”.

Meanwhile Madame Tussauds London said it was moving its waxworks of the pair away from other top family figures “to reflect the upcoming change in the royal line up”.