9:55 AM CuteNaija 0 Latest News in Nigeria 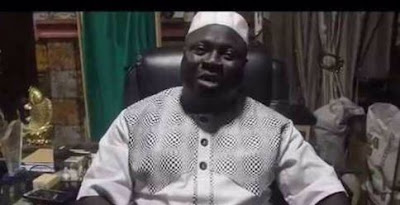 Oko Oloyun, who was the founder of Oko-Oloyun Worldwide and De-Fayus International, was confirmed killed on Thursday, by the Oyo State Police Command.

Fadeyi, a Superintendent of Police (SP), said thee Commissioner of Police (CP) Shina Olukolu had visited the scene of the incident with deputy commissioners for an on-the-spot fact-finding mission.

Fadeyi said Olukolu had also directed a high-powered manhunt for the hoodlums who killed Oko Oloyun to bringing them to justice.

Oko Oloyun, said to be the President of the Physiotherapists’ Association of Nigeria, until his death, was the manufacturer of popular Yoyo Bitters and Fijk Flusher among other herbal medicines.

He was killed by unknown gunmen on Igbo-Ora-Eruwa Road in Oyo State, on his way from Lagos.