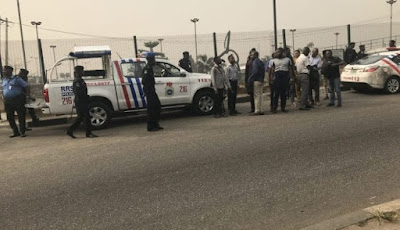 The peaceful protest is supposed to take place in all South-West states.

According to reports, heavy presence of security personnel are noticed in major recreation parks.

One of the leaders of the group is currently in talk with police while people hang around the venue.


YWC had called on Yoruba sons and daughters to come out in large numbers on Tuesday to participate in a rally to support Operation Amotekun, a security network recently established by governors of South-West Nigeria to wage war against insecurity across the region.