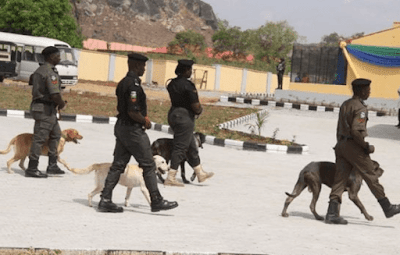 The territorial Police in Wamala Region is investigating an incident where Patick Manihiro a 13 year old, male juvenile and a pupil at Bukuya Primary School, was accidentally shot and killed by a stray bullet, when officers at Bukuya Police, responded to a disturbance call about an aggressive dog that was threatening to attack and injure residents within Bukuya Town Council. The incident occurred on the 28/01/2020, at around 6:00pm, at Bukuya Town Council, Kassanda District.

The officer identified as ASP Obbu Franco, was the officer in-charge, Bukuya Police station. He confronted and fired at the vicious dog, but unfortunately missed it and the stray bullet caught the victim, killing him instantly. The suspect dropped the gun and escaped from the scene. A serious manhunt for his arrest is ongoing. We believe our officer should have handled the matter in a better way. We urge him to come out of hiding and hand himself to the nearest Police unit. We would also like to caution any friends and relatives with knowledge about his whereabouts, to desist from any acts of harbouring him, but call the Police at Wamala Region on 0713-940934 or 0713-940935 and share the information with them.


The IGP has extended his heartfelt condolences and prayers to the immediate family, friends and relatives of the late Patrick Manihiro. He has also dispatched a team that has reached out to the family and further tasked them to fast track the investigations and also ensure the suspect is traced, arrested and brought to justice.