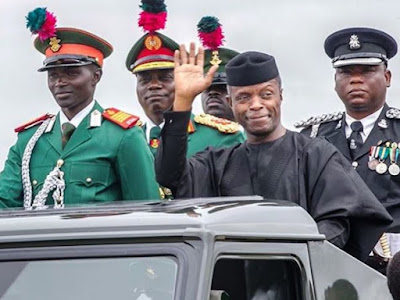 The National Organising Secretary of Afenifere, Abagun Kole Omololu, was earlier held by Lagos Police for breaching the convoy of the Vice President.

Omololu explained to the police that he had no sinister intentions and did not plan to harm the Vice President or his convoy.

He added that it was dark and he did not know that the convoy was long so he decided to drive on.


According to the police, he breached the convoy of the Vice President without knowing he had done so. He was then stopped and informed that he had driven into a moving convoy.

In what the police sources termed a security breach, the Afenifere chieftain drove his vehicle and obstructed the movement of the convoy.

“This is a security matter. He didn’t know it was the Vice President’s convoy before he drove his vehicle into the convoy.

“This was seen as a security breach and action needed to be taken immediately,” the police sources said.

Another police source said he was never arrested, he was only held for questioning.

“We needed to be sure he didn’t have a motive for his action. This is standard police protocol and he was not harassed either.

The police source explained that he was released afterwards and allowed to go.

An eyewitness at the scene, Olasunkanmi Oladele explained that other commuters were also warning the owner of the car.

In a tweet, he said was also behind the convoy in Ikoyi.

“I was following from a distance the convoy of the Vice President in Lagos when a man broke into the convoy. We should respect authority and stop trying to make people look bad,” he said.

The police said the matter has since been resolved and that the Vice President was unaware of what happened.