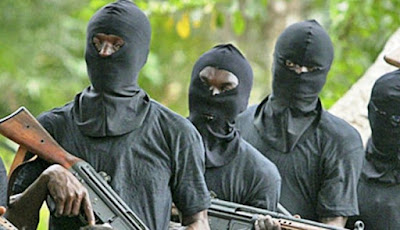 The Plateau Police Command said that gunmen suspected to be herdsmen have attacked Kwatas village in Bokkos Local Government Area of the state, killing 13 persons and injuring five others.

ASP Ubah Ogaba, the Police Public Relations (PPRO) of the command, confirmed the incident in statement issued on Monday in Jos.

He said that the incident occurred Sunday night.

“Yesterday, at about 8:30 pm., we received information that at about 7:30 pm., unknown gunmen suspected to be herdsmen, attacked Kwatas village in Bokkos.


“As a result, 13 persons were killed, while five others were critically injured and are currently receiving treatment at the General Hospital, Bokkos.

“Immediately the command received the information, the Commissioner of Police in charge of the state, Mr Isaac Akinmoyede, deployed a team of detectives, conventional policemen and other personnel to the affected area.

“He directed them to restore peace and effect arrest of the perpetrators of that dastardly act,” he said.

Ogaba called on the residents of the area and the state in general to be law abiding, adding that the police would do all within their power to bring the perpetrators to book.

He urged those with useful information that would aid the police to apprehend the criminals, to make it available.