Pinnick reveals areas NFF will concentrate on in 2020 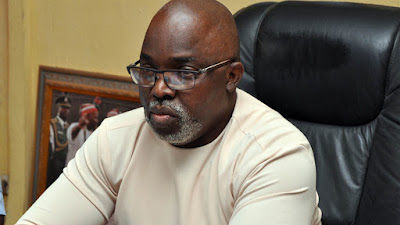 The hard focus of the Nigeria Football Federation (NFF) in the year 2020 will be on the various qualifying matches for major competitions as well as youth and grassroots development programs, according to President of the Federation, Amaju Melvin Pinnick.

Pinnick made it known on Tuesday that the football –governing body will set much store by the qualifying campaigns of the Super Eagles for the 2022 FIFA World Cup and 2021 Africa Cup of Nations, as well as the qualifiers of the Super Falcons for the 12th edition of the Women Africa Cup of Nations, and those of the U17 girls and U20 girls for their different FIFA World Cup finals.

“We are also determined to concentrate much effort and resources on youth development programmes, including but not limited to the NFF/Zenith Bank Future Eagles Programme.

“It is important that we continue to churn out quality talents and work hard to nurture them to excellent products who will then fit into the age-grade National Teams and bring honour to the nation at various championships.


“As we have made known, teams representing Nigeria in international matches and competitions will be told in no uncertain terms that they are expected to win, not just participate. The era of simply being there to participate is long gone.”

The draw for the qualifying campaign of the 2022 FIFA World Cup finals will be conducted in Egypt in January 2020, with 10 groups of four teams each that will produce only the winner from each group advancing to a fierce, five home-and-away battles which will eventually produce Africa’s flagbearers in Qatar.

Already, the Super Eagles are in command of their pool in the qualifying race for the 33rd Africa Cup of Nations finals in year 2021, with two wins out of two against Benin Republic and Lesotho last month. Second –placed Benin Republic are three points adrift, with the race set to resume in August 2020.

Nigeria took the bronze medals after finishing third among the 24 participating teams in the biggest –ever Africa Cup of Nations in Egypt this year summer.

Nine –time African champions, Super Falcons also have a qualifying round to negotiate before heading to the finals of the Women Africa Cup of Nations to defend the crown they taken consecutively between 2014 and 2018.