PHOTOS: US Govt discovers El Chapo's drug-smuggling tunnel with underground railway from Mexico to US 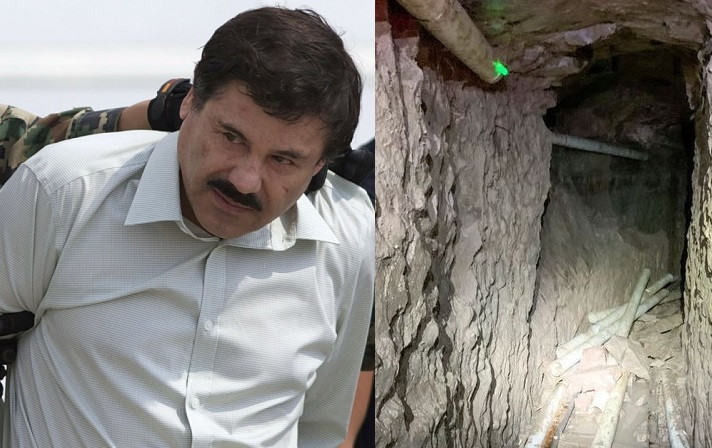 A drug-smuggling tunnel equipped with its own railway and lift has been discovered at the US border with Mexico.

The 4,300ft passage which is believed to have been built by El Chapo’s Sinaloa cartel is said to be the longest known illicit underground route into the United States. 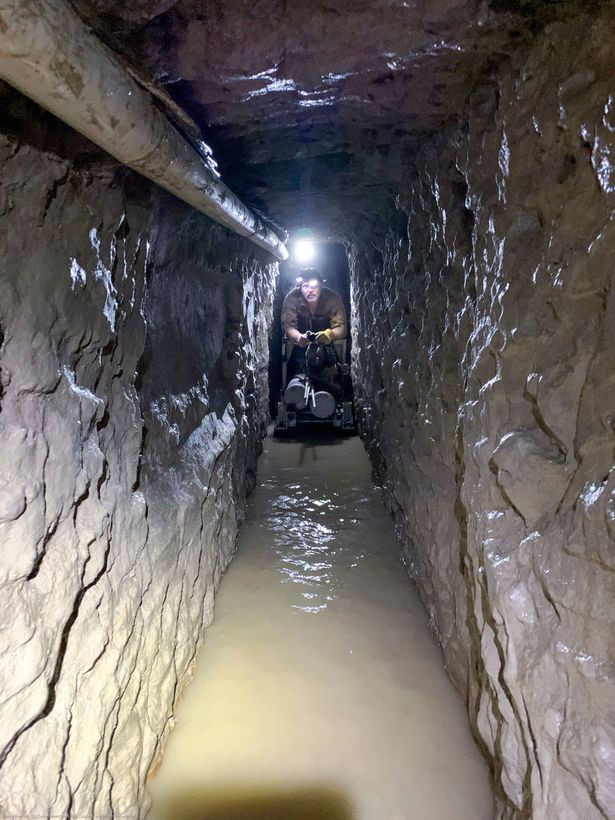 The drug-smuggling tunnel which is on average 70ft below ground and almost 6ft high and 2ft wide was reportedly built with a ventilation system, high-voltage power cables, and drainage.

According to the Mirror, the tunnel starts in an industrial area of the border city of Tijuana in Mexico, ending in a neighbourhood of San Diego, California. where its entrance was found covered by several sandbags. 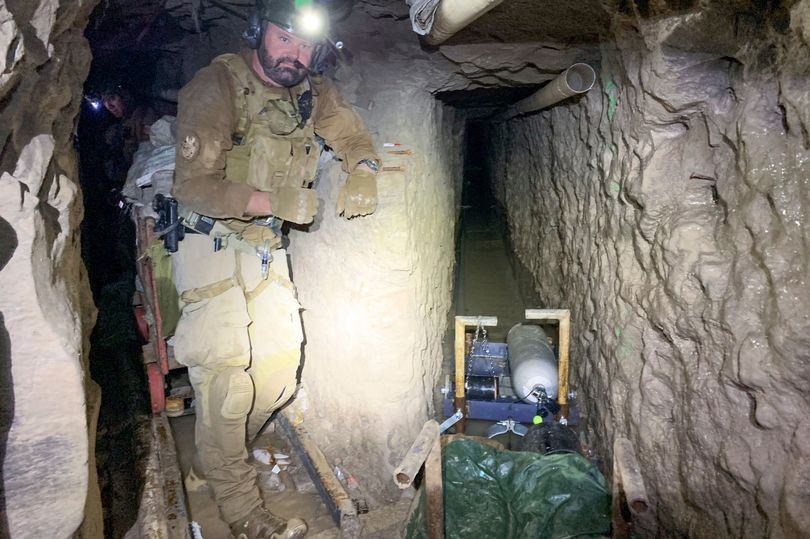 It was discovered by authorities in August but has only now been revealed.

It was also reported that El Chapo, whose real name is Joaquín Archivaldo Guzmán Loera sent some men to Germany to learn how to construct such underground passages to take millions of pounds’ worth of drugs into the US. 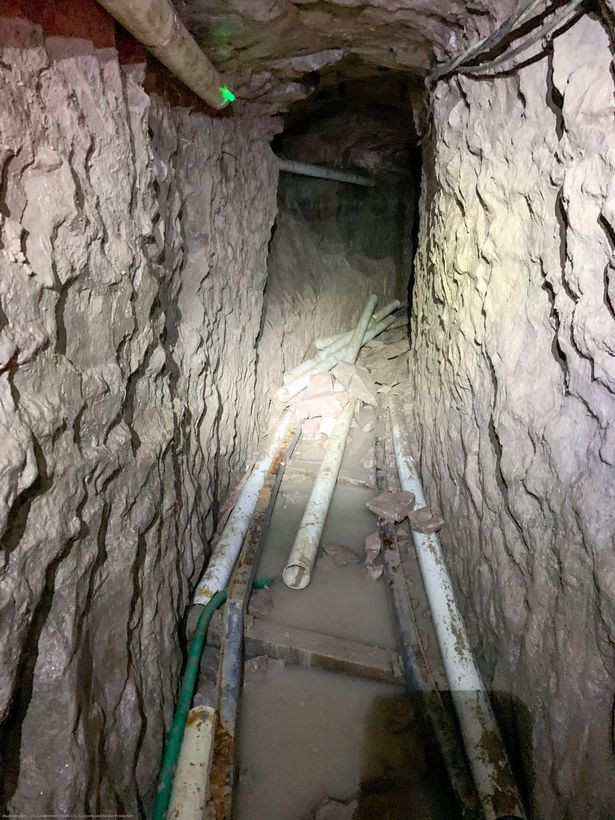 Back in February, the famous drug lord was found guilty of 10 charges, including drug trafficking and money laundering by a federal court in New York. 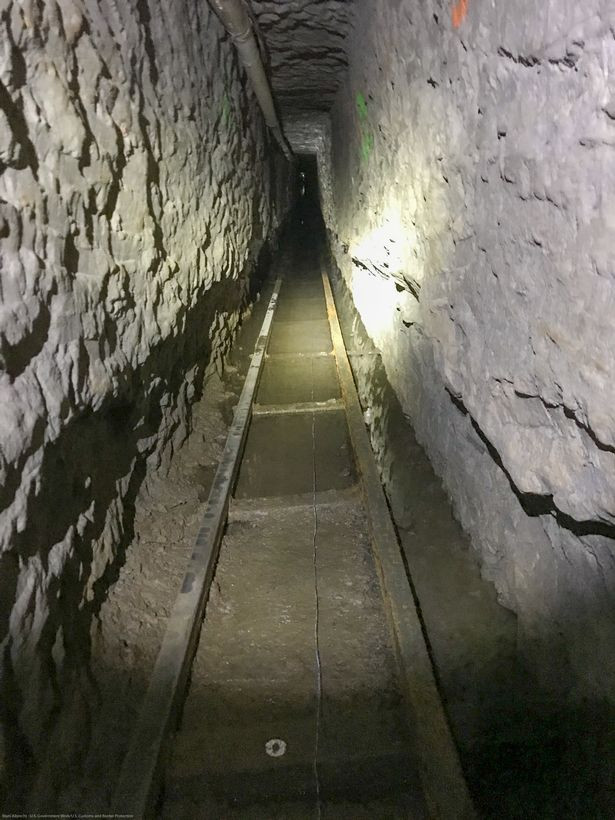 In July 2019, El Chapo was handed a life imprisonment sentence, ending his notorious and brutal criminal career after he was recaptured in 2016 and extradited to the US.