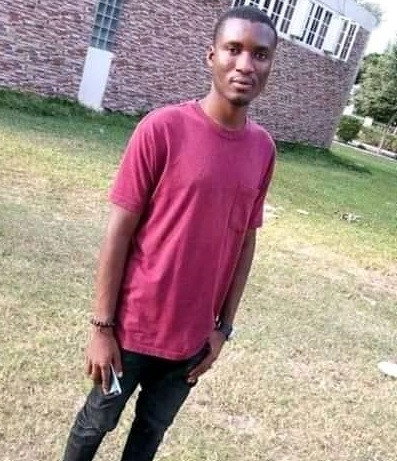 Boko Haram has killed a student of the University of Maiduguri who was recently abducted while returning to school, according to a local official on Wednesday.

The execution of the student identified as Daciya Dalep, from Nigeria’s central Plateau State, took place on Tuesday, said Yusuf Gagdi, a federal lawmaker representing that part of the country at the national parliament.

Gagdi said the student was kidnapped on January 9, on his way to school two weeks ago, by Boko Haram. In the video distributed by ISIS, the student was executed in a gruesome manner by an eight-year-old boy.

The video was released just after the Christian Association of Nigeria (CAN) Chairman in Michika Local Government Area of Adamawa State, Rev Lawan Andimi was executed by another faction of Boko Haram.


In the horrific footage shared, the boy was heard saying "We won't stop until we take revenge for all the blood that was spilled".

His killing was “inhuman”, said the lawmaker who confirmed that Boko Haram had released the video where Dalep was gruesomely executed on Tuesday.

“I am devastated by the excruciating loss of this promising young man, and more pathetically, in a gruesome manner, one could not wish for his arch-enemy,” Gagdi said.

The student’s execution by Boko Haram has, once again, brought to fore the nightmarish experience of people living in the insurgency ravaged northeastern part of Nigeria, he said, calling on governments at all levels to redouble efforts at ending Boko Haram’s militancy and other security threats in other parts of the country.

“It is most despicable that despite the resources sunk in fighting the insurgency, the nefarious activities of the insurgents fester, and more precious lives continue to perish in a wanton manner,” he noted.

Commenting on the video, Rita Katz who is the Director of SITE Intelligence Group which is an organisation which tracks the activities of jihadist groups, said it is not just another piece to ISIS’ honed-in targeting of Christians of recent years, but also a throwback to its older propaganda from Iraq and Syria of brainwashed children carrying grisly executions.

See her tweets below; 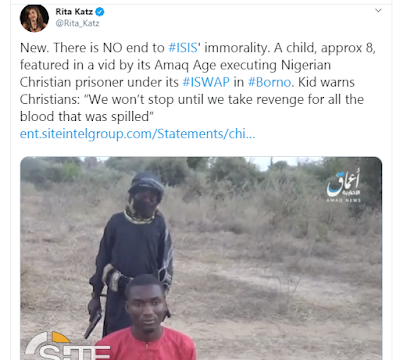