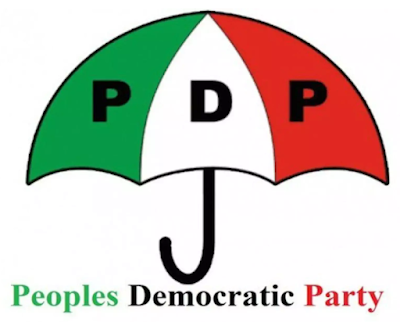 The Peoples Democratic Party, PDP, Friday resolved to go on street protest over alleged miscarriage of justice by the supreme court that sacked its former party Governor of Imo state, Emeka Ihedioha.

It also said the alleged miscarriage of Justice was not only against the PDP but the people of Nigeria.

These resolutions were made at the end of the party’s 87th National Executive Council Emergency Meeting held at the main opposition party’s headquarters in Abuja.

PDP said, “This s a miscarriage of Justice. Justice will come under God Almighty. But we must work, we must speak out, otherwise, it means we have consented to the injustice from the ruling party, APC”.

However, the party’s 2019 presidential candidate, Atiku Abubakar remarked, “Our great party and G34 fought and brought Democracy to the country.

“Our party governed very well from 1999 to 2015. As true Democrats, we handed over power to the ruling party, hoping that it will deepen democracy but, alas, we have been disappointed.

The presidential candidate, therefore, proposed a committee to review what happened at the last general election and make necessary recommendations.

He said the roles of INEC and security agencies should not be taken for granted for that will be the end of the struggles of the founding fathers of the party.

He added, “It is our duty to reincarnate the struggles they made that brought the democracy that APC is enjoying”.

It was on this premise, that Atiku proposed that the party leaders go to speak to Nigerians on the state of the nation and party.

“Nigeria is getting to an end if we continue with this exercise this way. He said that Nigeria is at ‘war’.

But Prof. ABC Nwosu said the PDP needed to have a programmed opposition.

He added, “The legacy of PDP is not GSM, it is not G34. It is democracy. We are on the road to unfreedom, heading to tyranny.

At the meeting, it was observed that apart from former Governor Emeka Ihedioha, other governors of the party from the southern part of the country were conspicuously absent.

Only Governors from Zamfara, ( Bello Muhammad Matawalle ), Adamawa, ( Ahmadu Umaru Fintri) and Sokoto, (Aminu Waziri Tambuwal) were in attendance in the persons