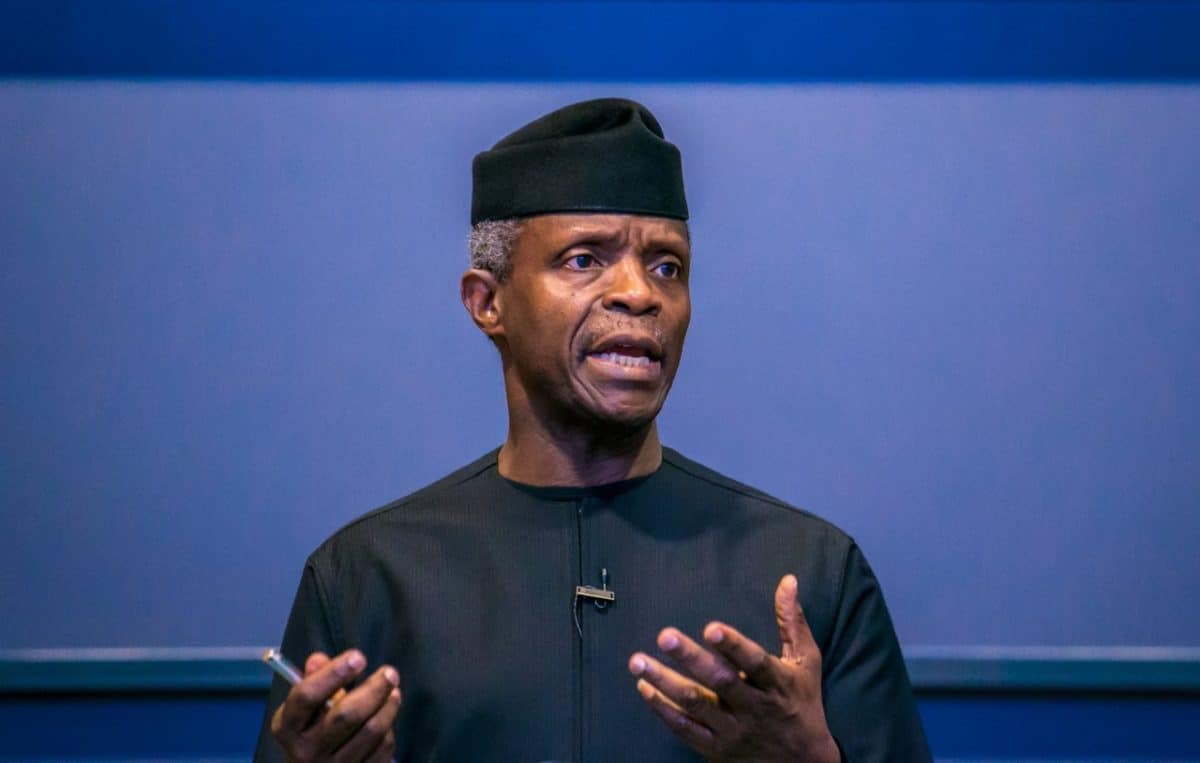 Vice President, Yemi Osinbajo has assured Nigerians that the Federal Government would continue to recognise the sacrifices of the men and women of the nation’s armed forces.

Osinbajo gave the assurance during an interdenominational Church service organised by the Ministry of Defence to commemorate the 2020 Armed Force Remembrance Day Celebration (AFRDC) on Sunday in Abuja, NAN reports.

He said that the government would continue to prioritise their welfare and the wellbeing of the families of the fallen heroes.

According to the Vice President, we do not and will not take our men and women of the armed forces for granted.


“We will do better for our veterans and the families of our fallen heroes and to improve the conditions of those in service and we shall do so incrementally.

“And so, today, we came together to thank the men and women of our armed forces for their sterling and selfless service to our nation.

“On behalf of government and people of Nigeria, I thank you veterans and serving officers for your faith and your services to our nation and we thank the families of the fallen heroes for your fortitude,” he said.

Osinbajo stated that the sacrifices of the men and women of the armed forces both dead and living was responsible for the existence of Nigeria as a nation today.

He added that the country noted that many veterans of various conflicts over time, made the supreme sacrifice including their families who also paid and continued to pay a heavy price.

According to him, wives or husbands in some cases deprived of their spouses, children growing up without the mentor and counsel of their parents and of course the economic deprivations when only one parent bears the responsibility of bringing up and caring for the family.

“It may not always be evident but it is true that men and women of the armed forces are not just fighting to preserve the Nigeria of today.

“Their efforts are in part dedicated to preserving the future for safer, more secured, more confident, more united nation for our children and grandchildren.

“Every victory won through your immense courage and your toil in the face of mortal dangers are the inevitable labour pains of the new Nigeria. Your labours will not be in vain,” he said.