Operation Amotekun will not carry arms 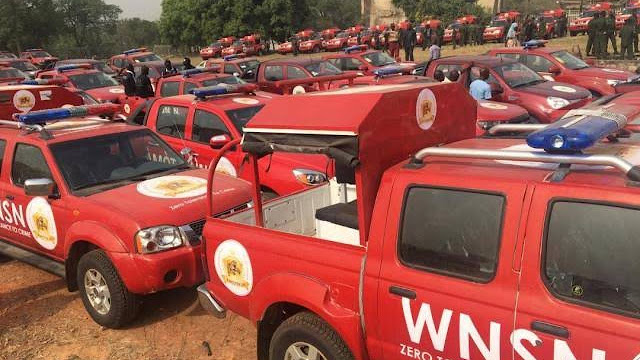 Non- military or police members of the Western Nigeria Security Network (WNSN) otherwise known as Operation Amotekun will bear no arms, contrary to fears in some quarters.

The Southwest governors are already in the process of sending a delegation to Police Inspector General Mohammed Adamu on discussing the scope of the security outfit.

Expected to lead the delegation is Governor Rotimi Akeredolu of Ondo State.


The police and other security agencies shunned the launch of Operation Amotekun in Ibadan on Wednesday.

The boycott stemmed from fears that Amotekun might turn out to be a parallel security agency.

The Indigenous People of Biafra (IPOB) on Saturday hailed the creation of the outfit as a welcome development.

The proposed meeting with the IGP is expected to focus on confidence building and the operational procedures of the outfit.

It was gathered that the South-West governors, who are determined to make a success of the security apparatchik, have decided to bridge the communication gap and allay fears in some quarters about the outfit by sending an emissary to the IGP

It was learnt that after Akeredolu’s session with the IGP, all the governors will further have an audience with Adamu in the Southwest.

A top source, who spoke in confidence, said: “The fact is that we don’t know why the police boycotted the launch but they were invited. Before the security outfit was unveiled, Governor Kayode Fayemi came to Abuja to represent the governors at a meeting with the IGP.

“By all intents and purposes, Operation Amotekun is not different from the Civilian Joint Task Force (CJTF) in the North-East. We have made the police to realize the purpose of the initiative from the onset.

“The governors are however still open to more talks with the police hierarchy. They have mandated their leader, Governor Rotimi Akeredolu to meet with the IGP on the mode of recruitment, command role and operational procedures of Operation Amotekun with the police.

“Besides confidence building, the governors want a synergy between the police and Operation Amotekun. And the inauguration of the outfit came at a time the IGP was passionate about Community Police.

“So, there is a meeting point between the IGP and the South-West governors. It is left to the two parties to fine-tune the procedures and collaborate.

“After Akeredolu’s shuttle to Abuja, the South-West governors will also invite the IGP to the zone to meet with the people and assess the structure in place.”

Responding to a question, the highly-placed source who is a key strategist behind Operation Amotekun, added:

“The governors are not creating a State Police. Section 49 of the Nigeria Police Act has provided a window for the emergence of Operation Amotekun. The same provision is amplified by Sections 50 and 51.

“Section 49 deals with Special Constabulary in an emergency situation like this. The truth is that this Operation Amotekun was designed and conceived to complement the Nigeria Police.

“(b) such emergency special constables as may be appointed from time to time under section 4 of this Act. (4) In so far as any enactment (whether passed or made before or after the commencement of this Act) requires police officers to perform military duties or confers power (whether expressly or in general terms) to require police officers to perform such duties, that enactment shall not, in the absence of express provision to the contrary, extend to members of the special constabulary.”

Consequently,its personnel will not bear arms.

“From the way our people have embraced it, the popularity is beyond our belief,” he told  newsmen.

“So, Operation Amotekun is largely an intelligence outfit, they will not bear arms. Those we are engaging have knowledge of the local terrain, the culture and the language of our people which can assist the police and other security agencies.”