Only a stupid soldier will think of coup -IBB 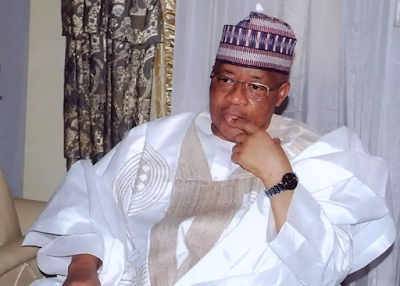 Ibrahim Babaginda, former military president, says only a stupid soldier will think of coup, explaining that the era of such is over.

In an interview with Channels Television, he said a lot has been done to get the ideology out of the heads of soldiers because it is no longer acceptable.

“I can tell you no that only a stupid soldier will think of a coup d’état because this is outside their head, it is no longer in their psyche, it is no longer acceptable in Africa and in the world generally, so he is intelligent enough to know that if he stages a coup, the country will be ostracised in the world community of nations, there can be an uprising in your own country, so it’s no longer fashionable,” he said.

Babaginda also said his generation would use everything possible to make sure that the country remains united.

“You cannot convince me that this country should break; I wouldn’t talk to you for a long time because I know people died trying to keep the country one, so my generation will insist this country remains one,” he said.

He stressed that his generation saw the unity of the country as an article of faith amongst and they don’t plan to see the country go through another civil war.

The former military president said for the country to move forward, the selection of leaders is very critical.

“The whole thing depends on the leadership selection; one of the things I would have loved to see is if you want to pick a leader, you should be able to access his thought about the country, the unity, he will not jeopardize it, try to use everything within his powers legitimately to make sure that the country remains one,” he said.

“Our selection of leadership is the most important thing; political, military and economic leadership. Once this is strong, and everybody in this sector believes in this country, I think we won’t have a problem.”