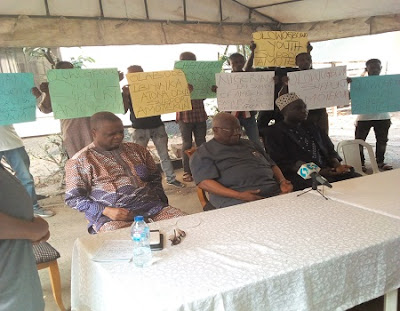 Former Deputy National Chairman of Peoples Democratic Party (PDP), Chief Bode George and former Minister of Transport, Chief Ebenezer Babatope, said the establishment of the security outfit codenamed “Operation Amotekun” by the six South-West governors should be largely supported by all Nigerians, describing the initiative as a value-added to the Nigeria internal security.

George expressed deep concern over a series of argument generated by the newly instituted “Operation Amotekun,” declaring that the security outfit would help in complementing existing security apparatus in the region giving the state of insecurity in the zone in the last two years ranging from kidnapping, killings, among others.

The PDP chieftain, while recalling that a security outfit such Amotekun was not a new outfit in the country, citing past examples in the northern and southern parts of Nigeria, urged the citizens to be vigilant to ensure that it was not turned to a political weapon.


“As someone with a military background, Amotekun is a value-added to internal security of this country. It’s not a new concept, all we need to do is to be very conscious. If we all remember when operation ‘Wetie’ started, some people later used the local arrangement for political purpose.

“We must talk about it so that those developing this concept will make sure that it is not turned to a political weapon. On that note, let those in charge of this initiative continue with the planning as it will boost the security of lives and properties of the region,” he said.

George further urged relevant stakeholders not to exercise fear, assuring that Amotekun was not set up to divide but to unite the country, adding: “Nothing can question the unity of this country that our founding fathers fought for.”

Also speaking, Chief Babatope, who happens to be a long-standing friend of Chief George, said that Amotekun was going to be a major solution to some of the problems confronting South-West region as people would now be able to sleep with their eyes closed.

The former minister equally dismissed insinuation that Amotekun was put in place to divide the country, saying that there no truth in such statement.

“God will give our country peace, Amotekun is not going to divide this country but rather unite it. We are wonderful and powerful as one entity. We are not dividing our country, we are uniting our country,” he assured.