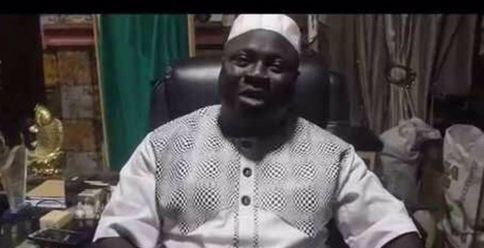 One of the children of popular trado-medical practitioner, Alhaji Fatai Yusuf, said his father was killed hours after he received a call that his workers burnt some important documents in his Igando, Lagos office.

The son said the family was notified of the burnt files around 7am on Thursday, about 10 hours before the alternative therapist was killed by some gunmen on the Abeokuta-Igbo-Ora-Iseyin Road, Oyo State.

Speaking with newsmen on Saturday, the son who spoke on condition of anonymity because of the sensitive nature of the matter, confirmed that Oko Oloyun was buried on Friday evening.

He said, “I was in the school when I got a call that my father was shot. On getting home, I learnt he is dead.”

The son added that his late father uncovered fraud in the company following complaints from some investors who had difficulty relating with the management over their investments.

He said, “The investors know him well and trust he would never steal their money. He was open and there were times he would call us (his children) and tell us what was going on. He engaged an auditor in December 2019 who discovered that there was a fraud.

“In the morning of the day he was assassinated, some of his workers set fire to important office records. He was in a hotel in Ogun State when he got a call from my mother around 7am that some files had been burnt. I don’t know the amount involved in the fraud but it must be something huge for those involved to return.”

According to him, those who killed his father not only hurt the family but also dealt a huge blow to many people benefiting from him.

He described the late herbal practitioner as a loving and generous person who liked making people happy.

“He would rather leave something for you rather than fight you. The police have promised to investigate and bring all the people involved to book. God will expose them. He was preparing for an event on Sunday (today) in Akure, Ondo State when this happened,” he added.