NUJ mourns another journalist killed during IMN protest in Abuja 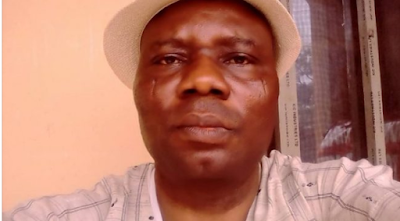 The Nigerian Union of Journalists has confirmed the death of Alex Ogbu, a journalist, killed while covering a protest by the Islamic Movement in Nigeria (IMN) in Abuja.

The NUJ said the Abuja-based journalist was reportedly killed by a stray bullet when the protesters clashed with the police in the city.

The incident which occurred on Tuesday when IMN members better known as Shiites protested the continued detention of Ibraheem El-Zakzaky, their leader.

However, it was until Thursday that the NUJ confirmed his identity as a journalist.

Emmanuel Ogbeche, NUJ chairman in the FCT, said in a statement that Ogbu worked with Regent Africa Times where he covered politics.

He said it was becoming a pattern for journalists covering protests in Abuja to be targeted in the course of carrying out their duties.


“We at the NUJ are now asking if this is a pattern where journalists become victims in the legitimate pursuit of their profession as reporters?”

Two journalists covering the protest were also arrested in 2019.

The NUJ asked the FCT police command to investigate Ogbu’s death, adding that it would be held to account “if justice is not served in this matter”.