6:55 AM CuteNaija 0 Latest News in Nigeria 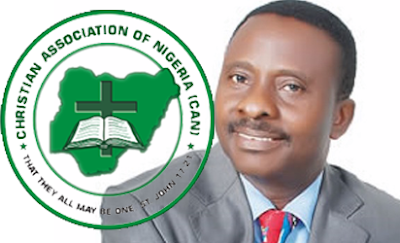 The Chairman of the Christian Association of Nigeria in the 19 northern states and the Federal Capital Territory, Rev. Yakubu Pam, has alleged that Christians in the North are under siege following the recent kidnapping and killing of Christian faithful in the area by Boko Haram/ISWAP insurgents.

In a statement on Wednesday, Pam decried Monday’s beheading of the chairman of CAN in the Michika Local Government Area of Adamawa State, Rev. Lawan Andimi, by Boko Haram.

Meanwhile, the National Supreme Council for Islamic Affairs has vehemently condemned Andimi’s killing by the hoodlums.

Pam said the development was worrisome, adding that the abduction of Christians by the Islamic sect in Borno, Yobe and Adamawa states, if not quickly arrested by the Federal Government, would send the wrong signals to Christian faithful in the North-West and North- Central geopolitical zones.

The CAN chief said, “The situation on the ground looks like the entire northern Christians are “under siege”.

“The inter-religious leaders in the North have worked so hard to bring Christianity and Islam adherents to work closely with one another for peace in the northern states in recent years.

“The gains made are now being eroded with the recent development of upsurge of Jihadists on the loose in the North-East states.”

Pam called on the President, Major General Muhammadu Buhari (retd.), to double his efforts in the management of the current situation in the North to avoid a religious crisis in the region.”

He added that the recent video released by ISIS News Agency showing a child of about eight years carrying out the execution of a Christian in an unidentified outdoor area of Borno State was frightening.

He said the underage terrorist was seen in the video warning Christians to be ready to witness more killings.

According to him, this has sent shock waves into the hearts of Christian leaders and faithful in the North that their lives are not safe.

In a statement by its Head of Media and Communication, Aselemi Ibrahim, the NSCIA described the pastor’s execution as “barbaric and provocative,” adding that it was a ploy by the insurgents to incite Christians against Muslims in the country.

The group condoled with CAN and the family of the deceased, calling on the FG and the security agencies to protect lives and property.

However, the NSCIA cautioned CAN leadership to think through its public statements “so as not to play into the antics of the enemy”.

Also, the Archbishop of Enugu Ecclesiastical Province Church of Nigeria, Anglican Communion, Most Rev. Emmanuel Chukwuma, has condemned Andimi’s killing, describing it as “callous and inhuman.”

Chukwuma, who addressed journalists at the Cathedral Church of Good Shepherd, Enugu, on Wednesday, called for the immediate retirement of all the service chiefs.

The cleric said, “As church leaders, we totally condemn this act of killing. I call on the Federal Government to assure Christians in the North and church leaders that they are secure and make sure there is proper security.

“We are calling for the termination of appointments of all the service chiefs who have over stayed in office. The FG should now stop deceiving Nigerians that Boko Haram has been defeated or decimated which is not true.”

On the Supreme Court judgment that sacked Emeka Ihedioha as Imo State governor and declared Hope Uzodimma as the rightful winner of last year’s governorship election in the state, Chukwuma asked the Chief Justice of Nigeria to resign.

He said, “We sincerely feel disappointed with the Chief Justice of Nigeria who has not got his facts correct and we feel that, that judgment is wicked and corrupt.”

The Secretary, Elder’s Council, NSCEA, Bishop Funmilayo Adesanya-Davies, said in a statement it was sad that Pastor Dennis Bagauri of the Lutheran Church was also killed in Jereng, Mayo-Belwa area of Adamawa State.

She called on the international community, especially the United States, to come to the rescue of Christians in Nigeria.