No more declaration of winners in violent polls – INEC 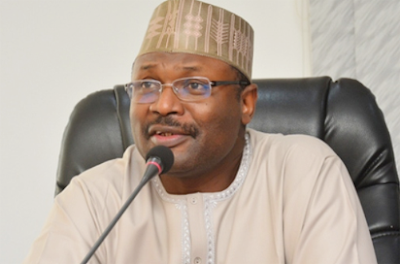 The Independent National Electoral Commission (INEC) has vowed that going forward, even though it has no power to cancel elections, it will no longer declare winners in manipulated elections or where Returning Officers are threatened.

The electoral umpire also said that elections will no longer proceed in any constituency where the safety of voters, personnel and materials is threatened.

INEC Chairman, Mahmood Yakubu, gave the hint at the meeting of the Inter-Agency Consultative Committee on Election Security (ICCES) in Abuja.

According to him, “going forward, INEC has decided that although the Commission has no power under the law to cancel an election, it will not proceed with the process in any constituency where the safety of voters, our personnel and materials is threatened.


“Furthermore, collation of results will not proceed where the collation centres are invaded. No declaration of winners will be made where Returning Officers are threatened”.

“You will similarly recall that at our last meeting, we expressed concern about the dimension that illegal deployment of financial resources to influence the outcome of elections, including vote-buying at polling units on Election Day, has assumed.

“At the meeting, recognising the existing collaboration with the anti-corruption agencies in tracking financial flows for illicit purposes as well as the arrest and prosecution of perpetrators of such flows, especially for the purpose of corrupting the electoral process through vote-buying, resolved that the Economic and Financial Crimes Commission (EFCC) and the Independent Corrupt Practices and other Related Offences Commission (ICPC) should be included as members of ICCES”, the INEC Chair added.

It, therefore, vowed to adopt a different approach to election security.

According to Yakubu, “it is the responsibility of the security agencies to secure the environment for the successful conduct of elections. The purpose of security deployment during elections is to protect the voters, election officials and materials, accredited observers, the media and to safeguard the integrity of the processes generally, including the polling units and collations centres.

“The Commission is concerned that security deployment in some of the most recent elections left much to be desired.

“There is more emphasis on numbers of security personnel to be deployed but less consideration on strategic deployment to protect the process, leaving the voters, election officials, party agents, observers, the media and even unarmed security personnel at polling units vulnerable to attacks by thugs and hoodlums.

“Furthermore, there is emphasis on numbers of security personnel but less on synergy, coordination and collaboration among the various security agencies in line with the purpose for which ICCES was established in the first instance.

“We must adopt a different approach to election security. We must translate the new approach to reality in the forthcoming re-run elections such that Nigerians will see a qualitatively different security arrangement.

“No thugs and hoodlums can be more powerful than the Nigeria Police and other security agencies. It is the failure to act decisively and collaboratively that encourages thuggery and serves as an incentive for bad behaviour”.