No diplomatic row with Ghana – FG 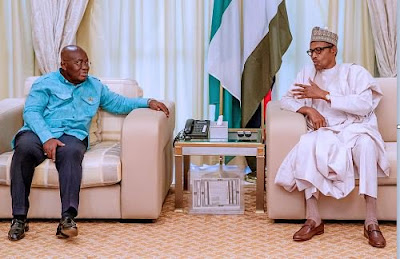 There is no diplomatic row with Ghana, the federal government has stated.

It also denied media reports that the country’s High Commission in Ghana has been evicted.

The property located at No.10 Barnes Road, Accra was recently reallocated to Amaco Microfinance by Ghana’s Ministry of Lands and Natural Resources with the consent of Ministry of Foreign Affairs and Regional Integration following the expiration of the lease agreement on the said property.


“The letter further stressed that failure to comply within stipulated time will lead to depositing the Mission’s belongings at the nearest Accra police station.”

As at 31st December, 2019, the Ambassador stated that “the property has been broken into by the company and is being ransacked with the likelihood of being effectively occupied.”

However Abikoye expressed surprise that the reallocation was done ”without recourse to the High Commission” despite having requested severally for “a mutual resolution of the matter, affirming that Nigerian Government is examining the situation and that an appropriate directive was being awaited”.

In its official response, Nigerian Government in a statement by the Ministry of Foreign Affairs noted that talks were still on-going between the Mission and appropriate host authorities.

Clarifying the situation, it noted that the building in question is not the one housing the Mission or chancery but that the mission only has some of its properties within the premises.

The statement signed by Mr. Ferdinand Nwonye, spokesperson Ministry of Foreign Affairs, reads: “The attention of the Ministry of Foreign Affairs has been drawn to news circulating in the social media that its property on No. 10 Barnes Road, Accra, Ghana has been ‘violated’ by the host authorities and that there is a diplomatic row between Nigeria and the Republic of Ghana. The Ministry wishes to state categorically that the news reports are untrue.

“The Ministry wishes to clarify that the said property under reference was in use by the Federal Ministry of Finance, since 1957, on leasehold and was later bequeathed to the Ministry of Foreign Affairs.

“The lease is said to have expired recently and the High Commission has been exploring the possibility of renewing the lease agreement with the host authorities. It should be noted that the building is not physically occupied but the Mission has some of its properties within the premises.

“It should further be reiterated that the property is not housing either the Residence of the High Commissioner or the Chancery or staff quarters. However, talks are still on-going between the Mission and appropriate host authorities.

“There is therefore no imminent diplomatic row with Ghana as being speculated by a section of the media. We wish to assure all and sundry that the Ministry is on top of the situation.”