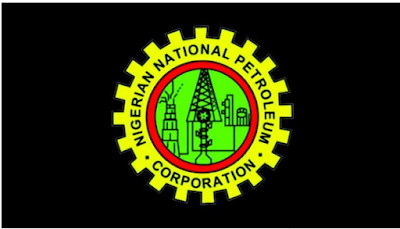 Akinola Ogunlewe, chief executive of BCE Consulting Engineering (BCE), has accused the Nigerian National Petroleum Corporation (NNPC) of trying to use the Economic and Financial Crimes Commission (EFCC) to get $22.6 million the court awarded their company.

NNPC had hired BCE in 1999 to provide consultancy services for the Bonga oil field development project.

The contract between NNPC and BCE, which was for a duration of 44 months, was cancelled after a democratic change of government in May 1999.

The then government of President Olusegun Obasanjo had constituted a panel to review contracts made by government agencies.

In a statement made available to TheCable, Ogunlewe, however, said NNPC cancelled the contract vide its letter of July 7, 1999, without any reason.

BCE immediately commenced a civil action with suit number FHC/L/CS/316/2000 against NNPC before the federal high court in Lagos.

On March 7, 2002, the court delivered its judgement in favour of BCE, and awarded $22.6 million in favour of the company.

Dissatisfied, the NNPC appealed the judgement, and in June 2008, the appellate court ordered that the judgment sum be deposited by NNPC in an interest yielding account to be opened with UBA in the name of the deputy chief register (DCR) of the court of appeal.

In another ruling in 2012, the appeal court held that the federal high court lacked jurisdiction to entertain the case.

BCE again proceeded to the supreme court, and on July 5, 2019, the apex court confirmed the judgement of the high court which awarded $22.6 million to the company.

“While BCE was making efforts to collect the judgment sum from the DCR of the court of appeal, NNPC filed in the supreme court, an application, dated 16th July 2019, seeking an order setting aside its judgment of 5th July, 2019,” Ogunlewe said in a statement.

He said the then office of the attorney-general of the federation (AGF) had also advised NNPC not to deny the judgement of the federal high court.

He said almost four years after the apex court had directed parties to explore settlement, the office of the AGF in October 2016 brokered a settlement meeting to which NNPC offered to pay $1 million.

“Accordingly, litigation over the subject matter continued until the supreme court delivered its final judgment on 7th July, 2019.

“The ruling of the supreme court of 12th November, 2019 finally laid to rest the liability of NNPC to BCE in litigation which spanned over a period of about twenty (20) years. Whereas, the judgment sum USD22, 630,000.00 still remains in the custody of the deputy chief registrar of the court of appeal but payable to BCE.

“Sometime in November 2019, in order to stop the implementation of the judgment of the Supreme Court, NNPC petitioned the Economic and Financial Crimes Commission (EFCC) seeking to forfeit judgment sum still in the custody of the DCR of the court of appeal but payable to BCE.

“Dr. Akin Ogunlewe, the chairman of BCE was consequently invited by EFCC to their Lagos office and subsequently to their Abuja office in respect of NNPC’s petition.

“By these suits, the EFCC is planning to obtain an order of forfeiture and take away the judgment sum from control of the DCR of the court of appeal, thereby enabling NNPC to obtain what it could not get on the merit through the civil proceedings.”