Nigeria is blessed but our leaders have been managing poverty -Gov. Makinde 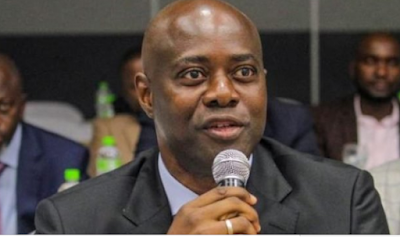 Seyi Makinde, governor of Oyo state, says there is poverty in Nigeria because its leaders have failed to manage the country’s natural resources.

Makinde spoke on Sunday during a church service marking the 2020 Armed Forces Remembrance Day celebration at the Cathedral of St. Peter, Aremo, Ibadan.

A statement by Taiwo Adisa, his chief press secretary, quoted the governor as saying the management of the abundance of mineral resources, can lead a country to prosperity.

Citing Japan as an example, Makinde said no country of the world became prosperous by merely relying on natural resources.

He added that education remains a top priority of his administration.

He asked Nigerians to look beyond the natural resources and focus on intellectual development.

“And on the occasion of this celebration, when I came in, as I was listening to what the Archbishop was saying, I picked some certain things from his statement. He said that God has blessed us a lot in this country but the leadership has only been managing poverty. That is actually true but I also beg to differ slightly, because natural resources alone can never take any country or society out of poverty,” Makinde said.

“The only thing that can take us out of poverty is how we can organise ourselves and how we utilize those natural resources. We can have an abundance of it and we still waste it.

“As a matter of fact, if we look at the trajectory of countries that have been successful, for example, Japan, they barely have any natural resources but when we look at their people, they utilise the brain God has given to them, developed it and utilised it. Even, they take natural resources from other countries, refine them and sell it back to the countries they got it from at a high cost. So, this is how they were able to take themselves out of poverty.

“Knowledge is power and that is why, in this administration, education will still remain top priority.”

He thanked the armed forces for their sacrifices in protecting the lives of Nigerians.

“I want to appreciate the officers and men of the Nigerian Armed forces because you have done well for this country. Your colleagues have made supreme sacrifice for the unity of this country and for peace of the world because we have a record of members of the Armed forces that actually fought in the World War,” he said.

“They have contributed to peace in the world, So, we know you have taken a lot of risk on behalf of all of us and we just want to say thank you.”