Nigeria, Ghana, Others Reject Renaming of CFA to ECO 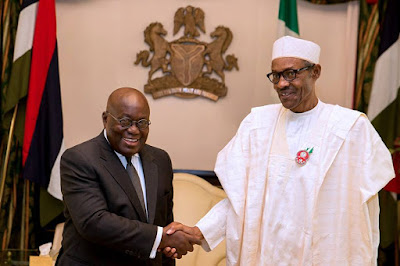 The adoption of ECO currency by eight French speaking countries in West Africa has been kicked against by six English speaking nations in the region; Nigeria, Ghana, The Gambia, Liberia, Sierra Leone and Cameroon.

Countries under the Economic Community of West African States (ECOWAS) had in July 2019 agreed to adopt a single currency with a flexible currency regime by January 2020.

But in December 2019, Benin Republic, Burkina Faso, Guinea-Bissau, Ivory Coast, Mali, Niger, Senegal and Togo, with the backing of France, announced that they were changing their common currency, the CFA Franc, to ECO, through their union, West African Economic and Monetary Union.

This was seen as a big slap and some nations in West Africa claimed France was behind the hijacking of the single currency idea from ECOWAS countries. Ghana came out to speak on the matter and Nigeria followed, promising to study the issue and take appropriate action.


According to TVC News, after an extraordinary general meeting of ECOWAS heads of state and governments in the West African Monetary Zone convened to discuss the matter, Nigeria and five other Anglophone nations rejected the rebranding of CFA Franc to ECO.

“The meeting notes with concern, the declaration by the chairman of the authority of the heads of state and government of the West African Economic and Monetary Union on December 21, 2019, to unilaterally rename the CFA Franc as Eco by 2020,” the broadcast media platform quoted a communique issued by the group.

“WAMZ convergence council wishes to emphasise that this action (is) not in line with the decision of the authority of heads of state and government of ECOWAS for the adoption of the Eco as the name of an independent ECOWAS single currency.

“WAMZ convergence council reiterates the importance for all ECOWAS member countries to adhere to the decisions of the ECOWAS authority of heads of state and government towards the implementation of the revised roadmap of the ECOWAS single currency programme.”