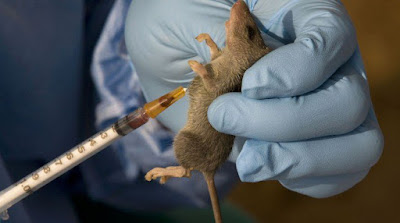 The Nasarawa State Government has confirmed an outbreak of Lassa fever in the state.

Mr Ahmed Yahaya, the state Commissioner for Health, said this while speaking with journalists on Monday in Lafia.

Yahaya said that a patient, resident at Mararaba Gurku in Karu Local Government Area (LGA) of the state was diagnosed with the disease adding that the case was confirmed by doctors at Garki General Hospital, Abuja.

According to him, a team of health personnel has been drafted to the area to monitor and possibly quarantine those who had contact with the patient to curtail spread.


Yahaya said that the state government has put in place mechanism in secondary and tertiary health facilities to handle any case of outbreak and curtail spread of the disease in the state.

“We are aware of the outbreak and have taken measures by deploying doctors and tools to ensure we curtail further spread of the diseases,” he said.

The commissioner advised residents to ensure good environmental hygiene and keep rodents away from their food sources.

He pointed out that the ministry had sustained sensitisation campaigns through the media on how to prevent the disease.

Ikrama said the management has trained health personnel on how to identify and handle patients with suspected cases of the disease.

According to Ikrama, the state government has provided protective kits for health personnel as well as drugs for the treatment of the disease.

He also said that an isolation centre has been provided at the hospital for patients with suspected cases of the disease.