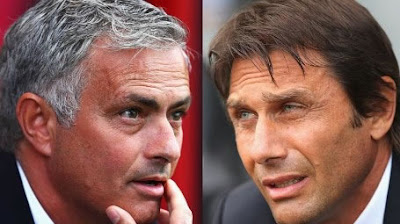 Tottenham manager Jose Mourinho has reignited his feud with Antonio Conte after he discussed Christian Eriksen, who has been linked with Inter Milan.

The Dane will be out of contract in the summer with reports stating he is set to move to the Serie A club.

“I think Antonio. He has said publicly [about Eriksen],” Mourinho said.

“I think we coaches should all behave in the same way in relation to transfers. I think we should always be closed, until something happens.”

“I think we should always be protective. Nothing, nothing. When I see people with responsibilities, speaking about Eriksen…

“I think we shouldn’t speak about players from other clubs until they become our players.”

Speaking to the Italian media, Inter coach Conte had said: “Eriksen? We have to go to people who have already had a career, who are at the end of their contracts.”

Spurs have not received a transfer bid for Eriksen and the midfielder will play against Watford on Saturday, according to Mourinho.

The two managers had a tense relationship when Mourinho was in charge of Manchester United and Conte was Chelsea boss.

It began during the 2017-18 season, reaching a peak when Mourinho said he would never be “suspended for match-fixing”, referring to Conte’s four-month ban for failing to report alleged match-fixing when he managed Juventus, having previously labelled him a “clown”.

Conte, in response, called his counterpart “a little man”.