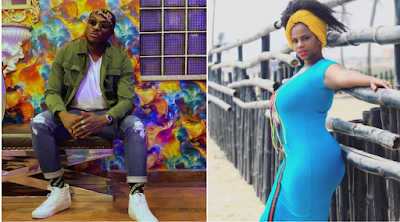 It looks like Peruzzi will be having a very controversial year as his woes continue to compound with the latest being a London based singer who has accused him of defrauding and sexually molesting her.

The United Kingdom-based singer, Daffy Blanco, took to her Instagram page on Wednesday, January 29, 2020, where she called out Peruzzi for defrauding her to the tune of N15M and trying to have his way with her.

According to her, she was linked to the music star through a C.E.O. of a bank located in Victoria Island, Lagos. After paying Peruzzi the said amount of money, he refused to carry out his side of the deal. 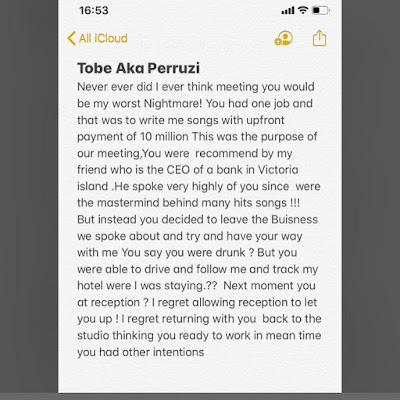 She went on to reveal that Peruzzi hurt her physically, leaving a scar on her thigh. According to her, because of the inefficiencies of the Nigerian Police Force, she couldn't call for help when Peruzzi tried to hurt her.

It didn't end there as she went on to share audio recordings of Peruzzi trying to console her. She finally concluded that she would be taking Peruzzi to court for defrauding her. It is not clear if she would be adding the sexual assault claims to the suit. 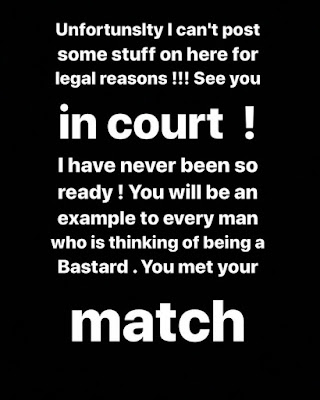 Peruzzi and his team are yet to issue a statement on these latest accusations. Peruzzi already has his hands full following the rift between the boss of his former record label, King Patrick and himself.