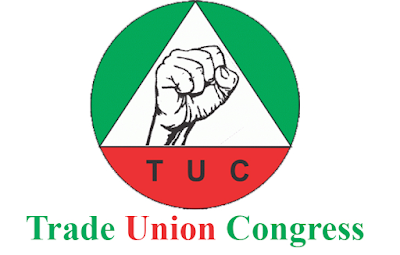 The Trade Union Congress has given state governments that are yet to implement the N30,000 new minimum wage up until January 31 to comply or risk industrial action from workers.

The union gave the ultimatum in a communiqué issued at the end of its National Executive Council meeting in Lagos on Thursday.

The communiqué was signed by the President, TUC, Quadri Olaleye and the Secretary General, TUC, Musa Lawal.

It read in part, “The congress advises all state governments that have not complied with the implementation and immediate payment of the N30, 000 new national minimum wage to commence negotiations and implementation on or before 31st January, 2020.


“Otherwise the state governments should be responsible for the consequences of their failure. State councils have been directed to commence mobilisation of their members immediately.”

On Monday, the Organised labour said it would meet to review the minimum wage negotiations between states and workers across Nigeria.

While Lagos, Kaduna, Bauchi, Kastina and Borno states had agreed to pay the new minimum wage, other states started negotiations few days to the end of the December 31, 2019 deadline.

Commenting further on the current status of the minimum wage, Olaleye said six states had signed to commence the implementation.

He disclosed that 15 states were negotiating and some would soon conclude negotiations.

He noted that if the states failed to pay the minimum wage, they were disobeying a directive from the President, Major General Muhammadu Buhari (retd.).

Reminded that labour had earlier given the states a December 31 deadline to comply with the minimum wage payment, Olaleye argued that the December 31 ultimatum did not emanate from the TUC.

Other issues addressed in the communiqué included insecurity, casual and contract staff in various sectors of the economy and the need to review the existing labour law.

On security, Olaleye sought the Federal Government’s support for the ongoing efforts by states to establish security and paramilitary outfits.

On labour issues, he condemned what he described as all forms of casualisation and slave labour in Nigeria.

He called for a review of the labour law, saying the existing one was old and did not answer to the present day workplace realities.

Olaleye warned against any attempt to remove labour matters from the exclusive legislative list.

In a related development, the Nigeria Labour Congress on Thursday accused state governors of shunning the welfare of workers and implementation of the new minimum wage while wasting public funds on weddings, funerals and private jets.

Secretary General of the NLC, Emmanuel Ugboaja, said during an interview in Abuja that although NLC had not extended the deadline beyond December 31, 2019, it was being cautious in taking action that would truncate negotiation processes in the states.