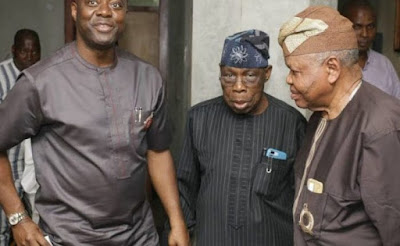 Makinde, who visited former Nigerian leader, Olusegun Obasanjo in Abeokuta, Ogun state said the governors are still awaiting Malami’s official letter, and until then his objection should be taken with a pinch of salt.

Government, he said, cannot be run on the pages of newspapers or through the social media.

Makinde told newsmen, that the security outfit with codename, “Operation Amotekun” was established to complement the work of the security agencies and bridge the gaps in the security of the geo-political zone.

Makinde said Operation Amotekun has not in any way violated the nation’s constitution, but rather, it was an intervention to narrow the gaps in security in the South-West.