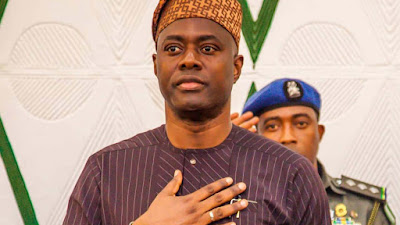 Five directors of the Broadcasting Corporation of Oyo State (BCOS), sacked by the immediate past Governor of Oyo State, Mr. Abiola Ajimobi have been reinstated by the incumbent Governor, Mr. Seyi Makinde.

Recall that the directors were sacked on 26th February, 2016 by Ajimobi.

The five directors were, however, reinstated back to the civil service by Governor Makinde on Thursday.

Our correspondent gathered that Makinde then a governorship candidate of the Peoples Democratic Party (PDP) in a statement issued from his Campaign organisation and signed by his spokesman, Prince Dotun Oyelade who is now the Executive Chairman of BCOS promised to revisit the cases of the BCOS directors who were sacked without proper recourse to the civil service rules and legality if he emerged the Governor.

It was gathered that the recall of the sacked directors was in fulfilment Makinde’s promise during the campaign.

Executive Chairman of BCOS, Prince Dotun Oyelade while speaking, said the steps taken by Makinde was in line with justice for those that were sacked without following the civil service rules.

Oyelade who addressed the reinstated workers on Thursday, advised them to justify their reinstatement to the civil service and contribute positively to the on going efforts of repositioning the corporation.

He congratulated the directors, adding that the Governor expects them to get to work immediately without any kind of disruption to the system presently on ground.

Oyelade noted that what is expected is a total cooperation from those on ground and the recalled officers so that the projects of the BCOS can move forward unabated.