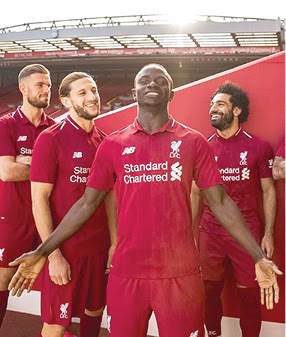 Liverpool maintain 13-point lead at the top of premier league and go a year unbeaten as they beat Sheffield United at Anfield on Thursday.

A slice of good fortune enabled the Reds to take an early lead – George Baldock’s slip allowing Andy Robertson to set up Mohamed Salah for a simple close-range finish in just the fourth minute.

But there was nothing fortuitous about their win, which Sadio Mane sealed, finishing at the second attempt after being played in by Salah.

It maintains the Reds’ 13-point advantage at the top of the division after nearest rivals Leicester and Manchester City both won on New Year’s Day.


Jurgen Klopp’s side have dropped just two points from a possible 60 this season, BBC reports.

For Chris Wilder’s side, this was a second successive defeat, but they remain firmly in credit from the first half of their league campaign and sit eighth in the table, just two points off fifth.