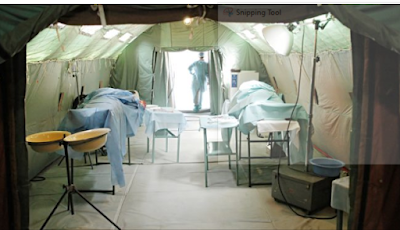 The Jigawa state government has confirmed a case of Lassa fever involving a  medical doctor at Jahun local government area of the state.

He said Anthony Etim, the victim, is a staff member of Medicins Sans Frontieres also known as Doctors without Borders.

Mu’azu said Etim developed symptoms of the virus after an official engagement at an internally displaced persons (IDPs) camp in Borno state.

In Ogun, Tomi coker, the state commissioner of health, confirmed a single case of the disease.

She said the case was confirmed by the Lagos State University Teaching Hospital (LUTH) Virology Laboratory on January 24.

She said the patient is a pregnant 29-year-old who took ill and was referred to the Federal Medical Center (FMC) Abeokuta.

Coker, however, said contrary to some reports, “the patient is not dead as she was transferred to the Federal Specialist Hospital in Irua, Edo, whose facilities provided the patient with the full benefit of multidisciplinary care required for her due to her pregnancy”.

She added that the rapid response team has commenced line listing of all persons who had come into contact with the patient for surveillance purposes, including her relatives and hospital staff that managed the case.

Coker assured Nigerians that the state acted proactively by putting all countermeasures in place to contain the situation.

“We have given thermometers to those who have been in contact with the patient to monitor their temperatures and also provided Personal Protective Equipment (PPE) at the designated treatment center at Olabisi Onabanjo University Teaching Hospital (OOUTH), Sagamu,” she said.

“Our health educators and officers have been deployed into action and are educating the public on ways to avoid being infected with Lassa Fever.

“Other emerging or suspected cases of viral hemorrhagic fevers are to be isolated in the designated quarantine areas for barriers nursing until definitive diagnosis is concluded.

This development comes a day after the Nigeria Centre for Disease Control (NCDC) confirmed the death of two health workers, who contracted the disease, in Kano.

The NCDC said 195 cases of Lassa fever have been confirmed and that 29 deaths have been reported in 11 states as of January 24.