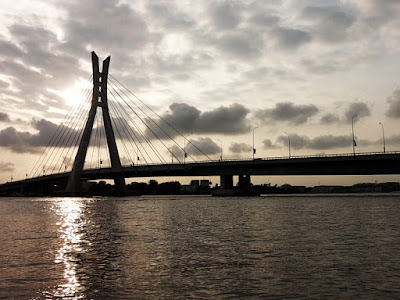 The Lagos State Emergency Management Agency, on Tuesday, rescued a 36-year-old man, Ikechuckwu Ibeh, who jumped into the lagoon on the Lekki-Ikoyi Link Bridge.

It was gathered that Ibeh jumped into the lagoon around 4.45pm and was rescued five minutes later by the LASEMA Marine Unit.

NE learnt that Ibeh took the action due to financial difficulties and depression among other reasons.

It was also learnt that the victim had been handed over to cops at the Maroko Police Station.

Confirming the incident, the LASEMA Public Affairs Officer, Nosa Okunbor, stated that the launch of the agency’s Marine Unit was timely as it helped to avert the suicide.


He said, “The LASEMA Marine Unit was empowered by Governor Babajide Sanwo-Olu and it recently took delivery of several boats, leading to the unit’s launch last week.

“The simulation and launch are timely as the unit averted what would have been the first suicide of the year 2020 when one Ikechuwku Ibeh attempted to end his own life by jumping off the Lekki-Ikoyi Link Bridge on Admiralty Way, Lekki Phase 1.

“The victim was counselled by the personnel of LASEMA and eventually rescued from the lagoon by the Shark’s Squad alongside LASWA officials. The Bravo Unit of LASEMA examined him upon recovery for signs of fracture and life-threatening injuries, and thereafter, he was handed over to policemen at the Maroko Police Station for further action.”