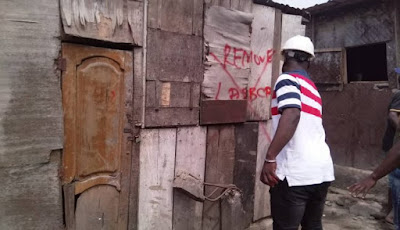 The Lagos State Government has given two weeks ultimatum to some occupants of the old Jankara market site.

The Commissioner for Physical Planning and Urban Development, Dr Idris Salako, gave the ultimatum during an assessment tour of Lagos Island on Monday.

Salako said that the Jankara market had been earmarked for modern development, in line with government’s plan to regenerate Lagos Island.

He said that the Ministry of Physical Planning had served all occupants notices to leave the premises as the government renewal plan for Lagos Island would commence.


The commissioner said that the clearing of the market was in agreement with State Government agenda for total redevelopment of Lagos Island.

He said that the redevelopment of the area would usher in infrastructure renewal as the people should expect modern health centre, recreational and road infrastructure, among others.

Salako urged the auto mechanics, traders and occupants of illegal settlement on Adeniji Adele street to vacate before Jan. 24.

He also directed the sealing of distressed buildings and schools built without planning permit in the area.

Salako said that it was imperative for government to do the needful to avert danger to life and property.

He said that the government would continue to maintain its zero tolerance policy on illegal building construction.

While monitoring sites at the coastal and regional road in Oniru and Lekki axis of the state, Salako directed the removal of structures on the alignment of the regional road.