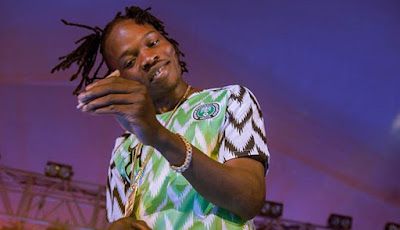 A Lagos Chief Magistrate, Mr Tajudeen Elias, has given a hip-hop musician, Azeez Fashola, alias Naira Marley, till January 14, 2020 to appear in court or a warrant will be issued for his arrest.

The police had charged Naira Marley alongside his brothers, Idris and Babatunde, and cousin, Kunle Obere, with car theft.


While Idris, Babatunde and Obere were arraigned before Elias on December 16, Naira Marley was absent from court.

The magistrate had adjourned till December 31 for Naira Marley to appear to take his plea; but at the resumed proceedings on Tuesday, Naira Marley’s lawyer, Ayodeji Awokulehin, told the magistrate his client had travelled out of the country.

“It is because of the Christmas break,” Awokulehin said.

But the magistrate rejected the explanation, saying, “He (Naira Marley) was aware the case was coming up today; so, why will he travel? Registrar, bring the warrant for arrest!”

However, Awokulehin pleaded passionately with the magistrate to give his client another chance with a promise to produce him in court.

Granting the lawyer’s prayer, the magistrate said, “I order that Azeez Fashola be produced forthwith. Case adjourned till 14/1/2020.”

In the four counts filed in court by the police, Naira Marley and his siblings were accused of stealing a Toyota Camry valued at N1.8m along with an iPhone X5 said to worth N330,000.

The car and the mobile phone, according to the police, belong to one Mr Adelekan Ademola.

The prosecuting police officer, Edet Okoi, said Naira Marley and others acted contrary to Sections 112, 172, 287 and 411 of the Criminal Law of Lagos State 2015.