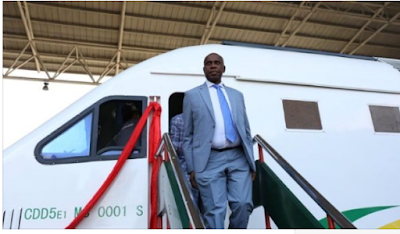 Rotimi Amaechi, minister of transportation, says the Itakpe-Warri rail line has been completed.

The minister of transportation also said the completed rail project would be inaugurated by President Mohammadu Buhari.

“The Itakpe-Warri rail line project is now complete and ready for commissioning. The @NGRPresident @MBuhari will do the honours,” he said.


The Itakpe-Warri rail line project is now complete and ready for commissioning. The @NGRPresident @MBuhari will do the honours.
— Chibuike.R. Amaechi (@ChibuikeAmaechi) January 21, 2020

The Itakpe-Ajaokuta-Warri rail line has a length of 276 km and links Warri in Delta state to Ajaokuta in Kogi state.

The line, which was started in 1987, was built to move iron ore from mines around Itakpe to the steelworks at Ajaokuta but was abandoned for many years before construction resumed during Buhari’s first term in office.

In 2017, Amaechi announced that the railway would be completed by the China Civil Engineering Construction Corporation ( CCECC) and Julius Berger.

The minister said the government was funding the revival of the project at a cost of about $200 million.