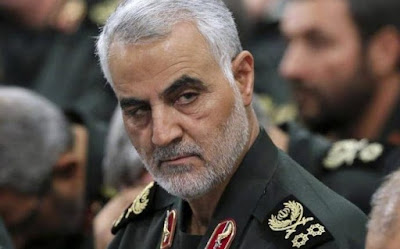 Iran may have drawn the battle with the United States of America (USA) after the U.S claimed responsibility for the killing of Iraq’s powerful Shiite Hashd Shaabi militia deputy leader, Abu Mahdi al-Mohandes, and high-ranking Iranian General Qassem Soleimani.

President of the Islamic Republic of Iran, Hassan Rouhani has reacted, saying Iran would retaliate after both the Shiite Hashd Shaabi militia deputy leader and the high-ranking Iranian General were killed in an attack near Baghdad airport.

“The flag of General Soleimani in defense of the country’s territorial integrity and the fight against terrorism and extremism in the region will be raised, and the path of resistance to US excesses will continue. The great nation of Iran will take revenge for this heinous crime,” President of Iran tweeted.

The Iran-backed Hashd Shaabi, also known as the Popular Mobilization Forces (PMF), said they were killed in a U.S. strike targeting their vehicle on the Baghdad International Airport road.


Soleimani is the Commander of Iran’s Quds Force, a unit in the Iranian Revolutionary Guards (IRCG).

Their deaths are the latest escalation in tensions between the U.S. and Iran, coming after thousands of supporters of the Shiite militia broke into the U.S. embassy compound in central Baghdad on Tuesday.

Protesters set fire to one of the gates of walls around the embassy buildings and camped outside until the next day.

The two days of protests were triggered by U.S. strikes in Iraq and Syria on Sunday that targeted the Kataib Hezbollah militia group.

Kataib Hezbollah, a part of the Hashd Shaabi umbrella group, had been blamed for an attack last week that killed a US citizen.

Loud explosions were heard near the airport early Friday, which Iraqi security said was three Katyusha rockets falling down in the vicinity killing several people and leaving two vehicles burnt.

Shortly after, the militia said five of its members were killed in the attack, including Mohammed Reda al-Jaberi, who was the group’s head of the public relations and protocol officer.

“At the direction of the President, the U.S. military has taken decisive defensive action to protect U.S. personnel abroad by killing Qassem Soleimani,” the Pentagon statement says.

The Pentagon says Soleimani was “actively developing plans to attack American diplomats and service members in Iraq and throughout the region.”

“General Soleimani also approved the attacks on the U.S. Embassy in Baghdad that took place this week,” the statement continues.

The U.S. also held Soleimani and his Quds Force responsible for the deaths of hundreds of American and coalition service members and said he “orchestrated” a rocket attack on Dec. 27, which killed an American.