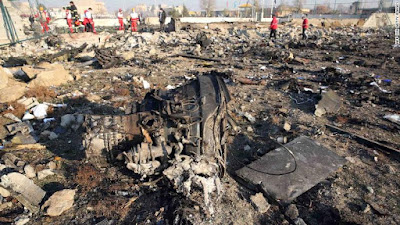 Iran on Saturday said it unintentionally shot down the Ukrainian airliner that crashed this week killing 176 people, calling it an “unforgivable mistake”.

The Ukraine International Airlines plane came down on Wednesday shortly after Iran launched missiles at bases hosting American forces in Iraq in response to the killing of Qasem Soleimani, one of Iran’s top generals, in a US drone strike.

“Armed Forces’ internal investigation has concluded that regrettably missiles fired due to human error caused the horrific crash of the Ukrainian plane & death of 176 innocent people,” he added.