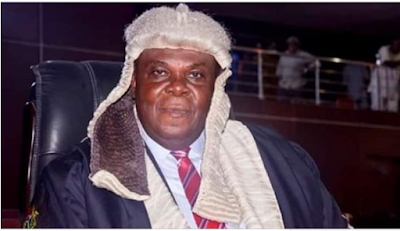 Collins Chiji, speaker of the Imo state house of assembly, has defected to the All Progressives Congress (APC).

This comes two weeks after the supreme court sacked Emeka Ihedioha of the Peoples Democratic Party (PDP) as governor of the state, and affirmed Hope Uzodinma, candidate of the APC, as the winner of the 2019 governorship election.

Chiji, who was elected as speaker in 2019, defected with seven other lawmakers of the assembly. The speaker announced his defection and that of his colleagues during a plenary session on Tuesday.

The session, which was said to have lasted for 15 minutes, reportedly came to an end after the speaker announced the names of the defecting lawmakers.

Earlier, about nine members of the assembly defected to the ruling party.

The defectors were from the PDP; All Progressives Grand Alliance (APGA), and Action Alliance (AA).

On Monday, Charles Ezekwem, the state chairman of the PDP, also resigned his position.

Ezekwem said his decision to quit was based on the “prevailing circumstances” in the state chapter of the party.