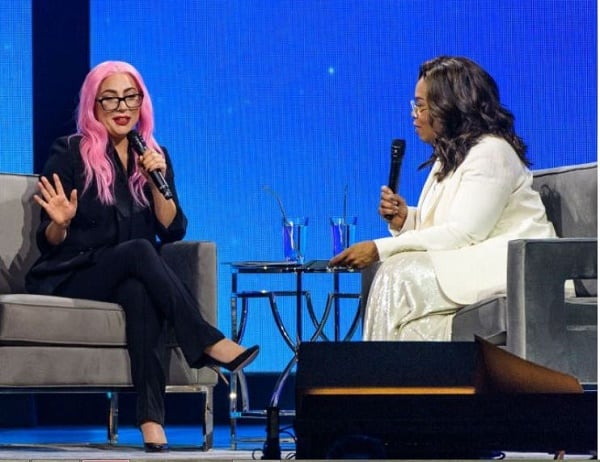 Stefani Joanne Angelina Germanotta, US singer better known as Lady Gaga, has revealed that she was sexually assaulted when she was 19.

The award-winning music star brought this revelation to light during an interview with Oprah Winfrey, American producer, to kick off the TV host’s nine-city ‘2020 Vision: Your Life in Focus Tour with WW’.

The controversial songster covered a slew of different topics, including her teenage sexual assault experience, while speaking in front of 15,000 fans in Fort Lauderdale.

“I was raped repeatedly when I was 19 years old,” she said.

Post-traumatic stress disorder (PTSD) is a mental health condition that is triggered by a terrifying event — either experiencing it or witnessing it. Symptoms may include flashbacks, nightmares and severe anxiety, as well as uncontrollable thoughts about the event.

Gaga also said she was scared the experiences would kill her but it rather shaped her to who she was now.

“I was afraid I was gonna die,” said the singer as she held back tears.

“I would say I lived that way for about five years. And I’d rather face that, those five years, because they made me who I am.”

The 33-year-old songwriter also said she has accepted the experiences as she sees it as a way to help others.

“This happened for a reason. All the things I’ve been through. I was supposed to go through this. Even the rape—all of it. I radically accepted they happened because God was saying to me, ‘I’m gonna show you pain. And then you’re going to help other people who are in pain because you’re going to understand it,” she said.

“Now, when I see someone in pain I can’t look away. I’m in pain too. Now, I’m in problem-solving mode. I’ve got my suit on and my heels and I’m ready to go.”

With a total of nine Grammy awards in the bag, the singer recently received 3 nominations for the 2020 Grammy awards.