I owe no one apology for endorsing Obaseki -PDP BoT member 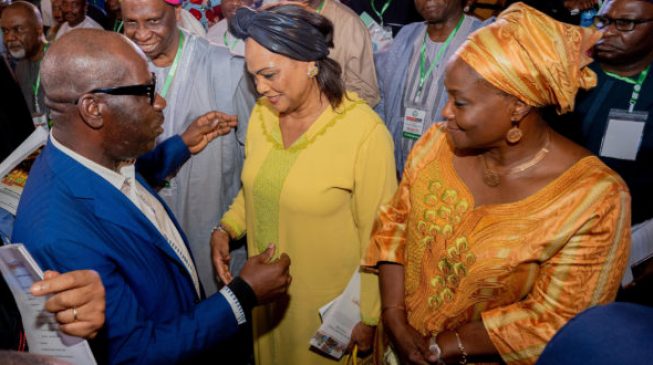 Daisy Danjuma, a member of the board of trustees of the Peoples Democratic Party (PDP), has defended her decision to back the second term bid of Godwin Obaseki, governor of Edo state.

Danjuma had endorsed Obaseki, a member of the All Progressives Congress (APC), during a town hall meeting organised for the governor in Lagos on Sunday.

The endorsement had drawn the ire of the state chapter of the party which in turn demanded her resignation from the PDP BoT.

In a statement, Chris Nehikhare, spokesman of Edo PDP, said being a member of the BoT conferred some rights and privileges that should not be abused.

He said it was an abuse of such rights and privileges to openly and publicly endorse a candidate of another party.

Nehikhare said the action of Danjuma is a “morale-damper to the hard working, committed and loyal men, women and youths of Edo PDP”.

But speaking with reporters in Benin city on Monday, Danjuma said she reserved the rights to choose who she wants to support.

“I owe nobody apology for endorsing the second term aspiration of Gov. Godwin Obaseki of Edo,” she said.

“I have the right to support whoever I choose to. I am a member of the PDP. I have never left the PDP or decamped to any party like others. It is my right to free comment and I have exercised that.”