I am a Marlian- Asa declares 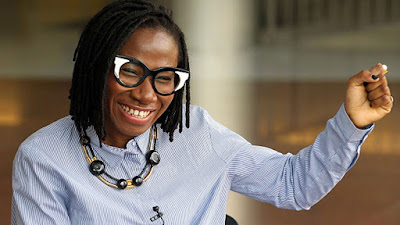 Sensational Nigerian singer, Bukola Elemide, popularly known as Asa, has publicly declared herself a Marlian and a lover of Naira Marley’s music.

In a recent interview on Cool FM, Asa talked about her new album, ‘Lucid’, life outside music, as well as her love for rap music.

The high-point of the conversation was when she declared her love for Naira Marley .

Asa, however, condemned internet fraud, popularly known as ‘Yahoo Yahoo’ in Nigeria. She revealed also that she has been a victim of the criminal act.


According to her: "I think I am a Marlian. I love him he is awesome. He should run for Governor"

At the end of the interview, she also tried out Naira Marley’s trending dance step, ‘Tesumole’.

Recall that fans of the singer resorted to jumping the fence to avoid purchasing tickets at his recently held concert dubbed the ‘Marlian Fest’.

The singer had also gotten embroiled in a fresh wave of controversy after a Lagos court ordered his arrest over alleged car theft. The case was later dismissed.

Marley had fizzled into the spotlight in 2019 after the country’s anti-graft agency arrested him on account of his controversial 2019 track and social media comments alleged to have upheld cybercrime.