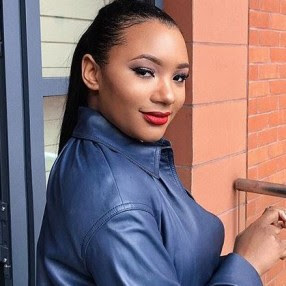 Many were stunned when news broke that Temi Otedola, daughter of billionaire businessman Femi Otedola, Temi, would be appearing in Kunle Afolayan’s forthcoming movie, ‘Citation’.

However in a recent encounter, the fashion blogger revealed that she auditioned for about a month before clinching the role.

“I have been watching Mr Afolayan’s films for a long time. From Figurine to October 1st and when I met him, I told him I had been watching his movies for a long time. He then told me that he had a script he was working on and the lead character is actually a girl around my age. It was a story I could relate to and I was interested. I felt it was a character I could interpret well. I read the script and I was so excited. For a whole month, I had to audition because he wasn’t sure. For about six months, we discussed the role and I’m so excited because I feel the story would resonate with people. Also, I believe that I would do justice to the role. I really cannot give much details about the script but I’m so honoured and humbled to be given this opportunity”, she said.


Sharing what drew her to the script, Temi said: “The message is to tell women that we are hearing their stories, that we believe them. Women are being harassed in several ways and I believe that this movie would embolden those who are affected to come out and tell their stories.”