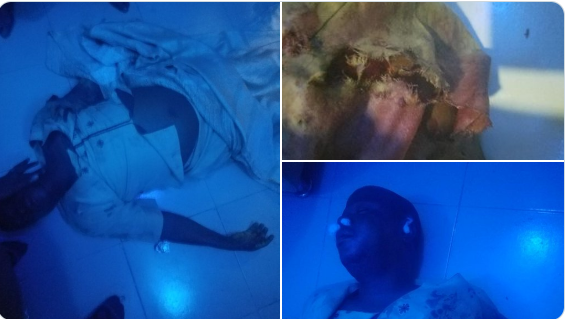 The bereaved narrated how his now dead brother,  Aliu Sheu was robbed in his house of seven phones and made to transfer #400,000 on Monday, 20th January 2020 at 2: 42am. The matter was reported to the police who did absolutely nothuing about it.

The twist to the story is the robbers returned same time on the 21st of January 2020 to kill him.

My brother Aliu Sheu the manager of White House foods at yaba was first robbed in his house on the 20th of this month at 2:42 am,7 phones were collected, and about 400k was transferred from his account.
we directly reported the case to Pedro police station at day break. pic.twitter.com/rODf27VdsO
— ALIU B. JABATA (@Bolajabata) January 22, 2020

yesterday 21st these criminals came back again to murdered him, same time,same place.
This has not only to make us cold but also traumatized our brains as to why he was killed.
Here is my simple request for @PoliceNG
1.we want to know why you failed to protect him when the case
— ALIU B. JABATA (@Bolajabata) January 22, 2020

Was promptly reported before the assassination took place the following day.

2. This case must not be thrown under the carpet, we demand for justice, we want to know who and why Sheu was brutally murdered.#Justiceforsheu 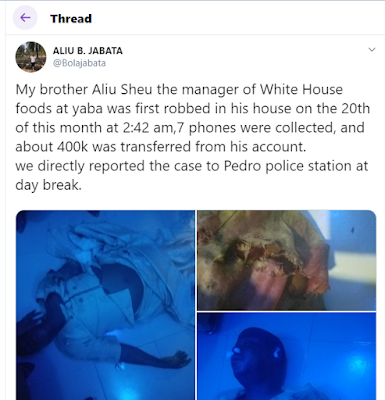 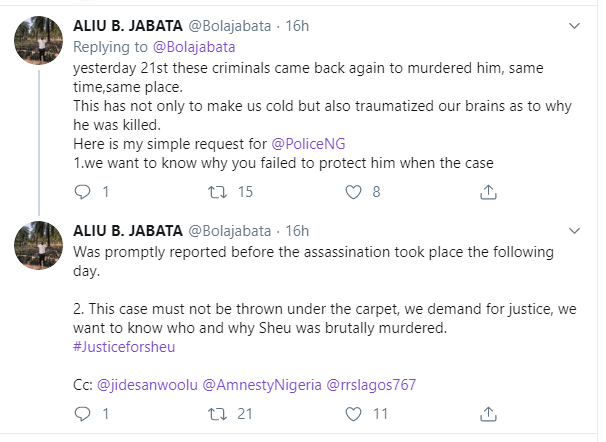